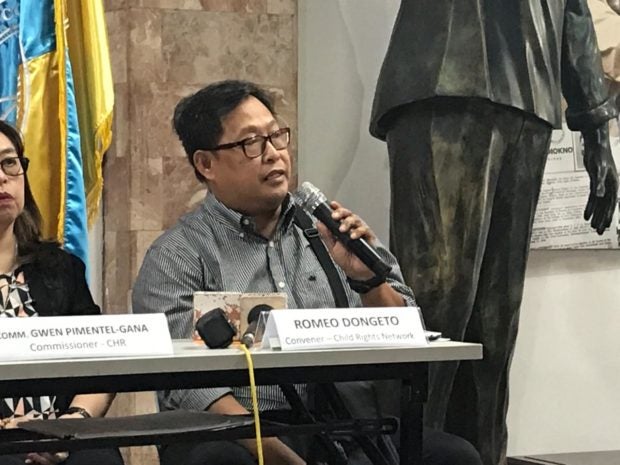 MANILA, Philippines — The Child Rights Network (CRN) on Thursday expressed fear that the bill on lowering the minimum age of criminal liability (MACR) would be revived as the 18th Congress opens in July.

Dongeto also said some progressive groups in the House of Representatives that opposed the proposal failed to win in the 2019 May midterm polls.

Dongeto, however, believes that some newly elected senators, who are backed by the Duterte administration, would not support the bill.

“Hindi masyadong problema ‘yun kung pag-uusapan yung kampanya natin because I believe there are also supporters of the President who will oppose the next attempt sa 18th Congress to lower the age of criminal responsibility,” Dongeto said.