Passenger gets injured by syringe planted on HK bus seat 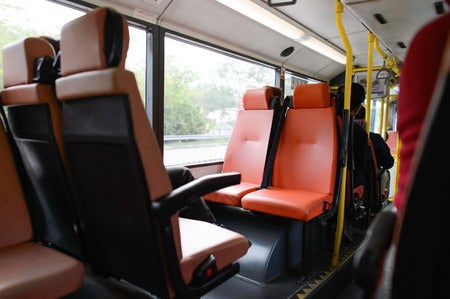 A female bus passenger in Hong Kong was injured by a syringe planted on one of the vehicle’s seats.

The 30-year-old woman was on board a Long Win bus traveling from the Hong Kong International Airport to Yat Tung Estate in Tung Chung when she got injured around 8:45 a.m., as per the South China Morning Post on Tuesday, June 4.

The 10-centimeter syringe, which stuck out from the seat in front of the woman, injured her left leg. The bus driver called the authorities after being notified by the woman, who was taken to the North Lantau Hospital for treatment.

Authorities are investigating the incident and will be checking bus footage in hopes of tracking the perpetrator. Meanwhile, the bus firm has denounced the attack and is cooperating with the police in their probe.

“Long Win will fully assist the police in investigation and ask its frontline staff to step up checks of buses,” the firm’s spokesman said in the report.