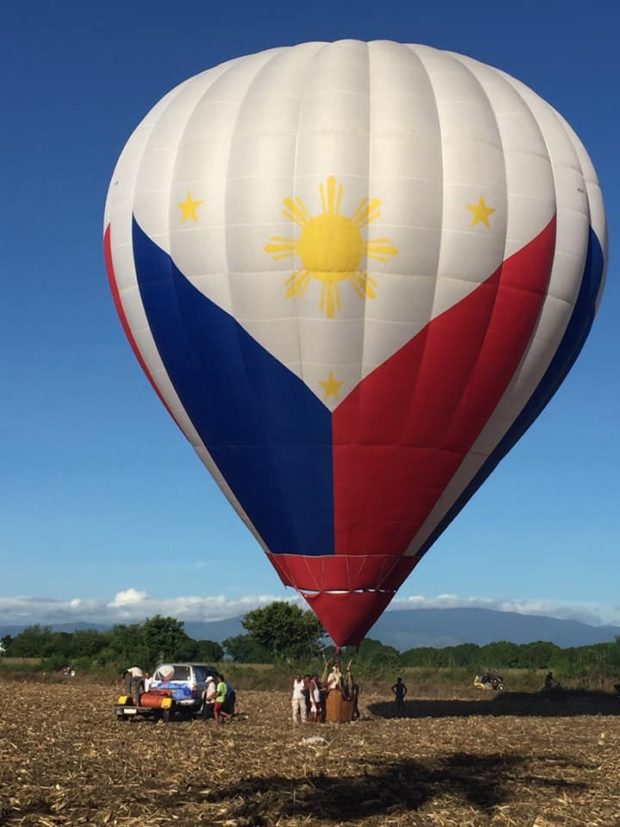 This hot air balloon piloted by American Jonathan Trappe lands in a vacant lot in Barangay Vacante in Bautista town in Pangasinan. PHOTO from the Facebook page of the Municipal Disaster Risk Reduction and Management Office of Bautista town )

Alcala police Chief Master Sergeant Marcos Bautista said they are always caught by surprise whenever a hot air balloon lands in their town because they were not informed about its arrival.

Police responded to the site to check on its passengers.

“We just saw it descending as we manned a police checkpoint in the town,” Bautista said.

Trappe said they also flew the balloon on Tuesday and ended up landing in Barangay Vacante in neighboring Bautista town.

On April 9, a hot air balloon made an unexpected landing in a cornfield in Barangay San Juan, also in Alcala town.

The pilot, who was not identified, informed residents that strong winds blew his balloon northward after he took off from Pampanga province, prompting him to make an emergency landing. (Editor: Eden Estopace)