A Florida man escaped from a police officer during a traffic stop and then called the 911 emergency number to complain.

“What do we pay you guys for?” 19-year-old Nicholas Jones said on the call. “I’ve driven past four cops.” 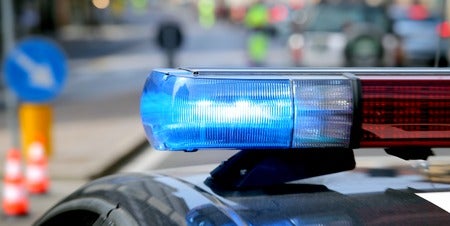 An audio recording of the call was posted by the Florida Times-Union on its website.

Jones was pulled over during a traffic stop May 4 in St. Johns county, Florida. He made the 911 call about an hour after fleeing in his car.

The startled 911 dispatcher asked Jones to explain what he was talking about.

“I mean the police officer turned his lights on me and got behind me and as he was walking up to my car I did a donut around him and left him,” Jones said.

“OK, you want to now see the officer. Or… What’s your question?” the dispatcher said.

“Like… my question is … I’m assuming he put an APB (all-points bulletin) out that has someone looking for my car… so like he definitely got the plate number but I’ve passed like four cops just driving around… like what are you guys doing?”

The dispatcher then responded: “Well we’re working on many calls, sir.”

Jones, who was wanted on a warrant in a separate incident, was arrested a day later.

He was charged with reckless driving, escaping the police, misusing 911 and violating parole.

Police said he later said he fled the traffic stop because he thought it would be “fun.” RGA/JB