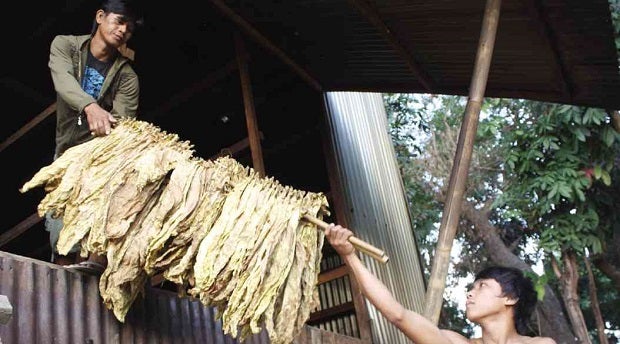 TOBACCO growers see hope in uses for tobacco other than for the manufacture of cigarettes. Government scientists and a private firm are supporting tobacco use as organic fertilizers and pesticides. LEONCIO BALBIN/INQUIRER NORTHERN LUZON

MANILA, Philippines — The House of Representatives has already committed to adopt the Senate version of a measure that seeks to raise the excise tax on tobacco products, Senate President Vicente Sotto III said Monday.

“Yes, that’s why we’re all the more careful about the proposed amendments,” Sotto told reporters in an interview when asked if the House has already given its commitment to adopt the Senate version of the measure.

The Senate President also said that for the bill to be passed and enacted into law in the 17th Congress, the House will have to adopt the Senate bill. This will enable the Congress to forego the need for a bicameral conference committee and to expedite its approval.

“Hopefully at the end of the day, we’ll be able to reach a consensus on how to go about it,” he said.

“We have to be very careful with the Senate version and try to incorporate already all the ideas not only from us but also from the House of Representatives so the period of amendments later will be very important,” Sotto added.