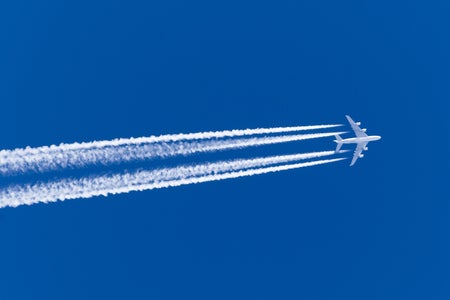 Photos taken of a series of sky ovals near Luke Air Force Base have circulated on social media and some said the shapes resemble penises.

Base spokesperson Becky Hayse told the Arizona Republic that the leaders of the 56th Fighter Wing have reviewed the photos and flight audio to determine the shapes were made unintentionally.

Heyse said the contrails were made as the jets were about to engage in a simulated dogfight. HM/JB