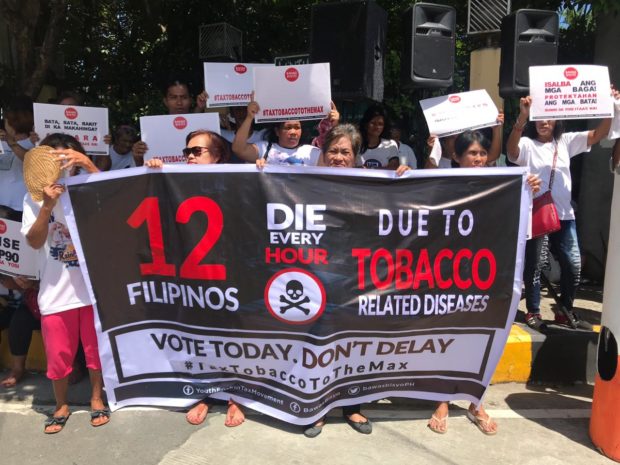 Representatives from the Philippine Medical Association (PMA) and the Philippine College of Physicians (PCP) trooped to the Senate to issue this call a day before the 17th Congress adjourns.

“We join the health advocates from different sectors in pushing the Senate to vote in favor of this much-needed reform before the 17th Congress,” PMA president Dr. Jose Santiago said.

“Our legislators now have an opportunity to pass a measure that would prevent more Filipinos from getting sick because of cigarette use. I hope that this fact is not lost on senators,” he added. 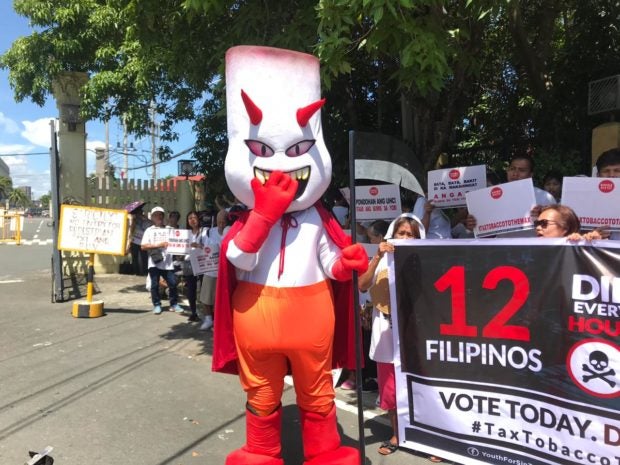 She pointed out that seventeen persons are killed every hour by tobacco-related diseases, and these are not just those who smoke tobacco but also those who are exposed to secondhand smoke.

“We hope our senators are with us in choosing better health and a better future for our countrymen by voting in support of this measure,” Nazareth said.

Last Monday, Senator Sonny Angara endorsed on the plenary floor the said measure. In his sponsorship speech, the senator said the bill is aimed at reducing smoking prevalence among Filipinos as well as raise funding for the government’s Universal Health Care (UHC) program. 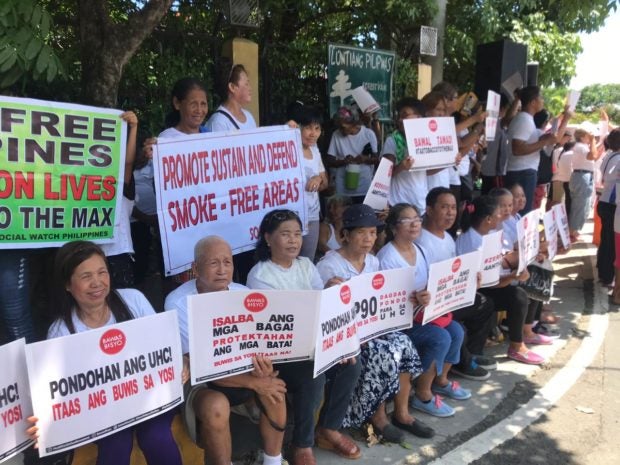