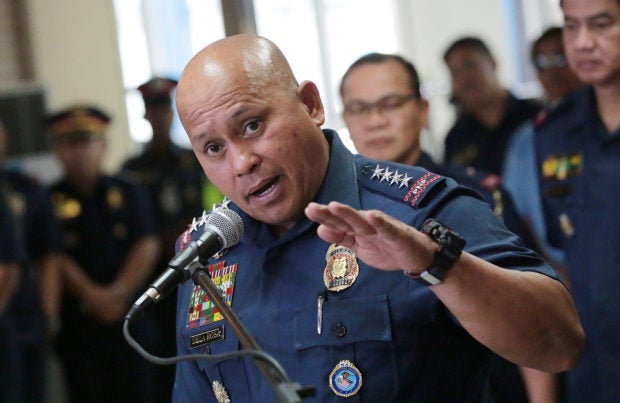 In his radio program “Tutok Erwin Tulfo” aired on May 27, Tulfo berated Bautista for refusing to grant him a live interview for the show.

This had caught the attention of a number of Bautista’s military colleagues, including former Bureau of Corrections and Philippine National Police chief-turned-senator Dela Rosa.

READ: PMAers, PIA exec gang up on ‘next press secretary’

The PMA Alumni Association had earlier slammed Tulfo for the statement, saying that the radio personality’s remarks against Bautista were “degrading.”

“No matter what reason Mr. Tulfo had, it is not right to use such crude and offensive words against Sec. Bautista,” the PMA Alumni Association said in a statement.

Agustin Nicolas Sotelo, a graduate of PMA Class 1987, also reminded Tulfo that he was able to exercise “your foul-mouthed ways … because of that democracy that soldiers keep for you.”

“I am in no way threatening you. [I am] merely using my right also, as cared for by our uniformed band of brothers, to remind you of the repercussion of having too much freedom… There will always be a time for reckoning!” Sotelo said.

Tulfo had apologized for his remarks, while stressing that he was only doing his job as a journalist.

Tulfo is reportedly being eyed as the the next Press secretary of President Rodrigo Duterte. (Editor: Jonathan P. Vicente)