MANILA, Philippines – President Rodrigo Duterte attended the wedding of his aide in Camp Aguinaldo on Saturday.

Duterte on Saturday stood as a principal sponsor in the wedding of his aide, First Lieutenant Kerlyn Kaye Asuncion, and her husband First Lieutenant Jan Carlo Tabaculde at the St. Ignatius of Loyola Cathedral in Camp Aguinaldo. 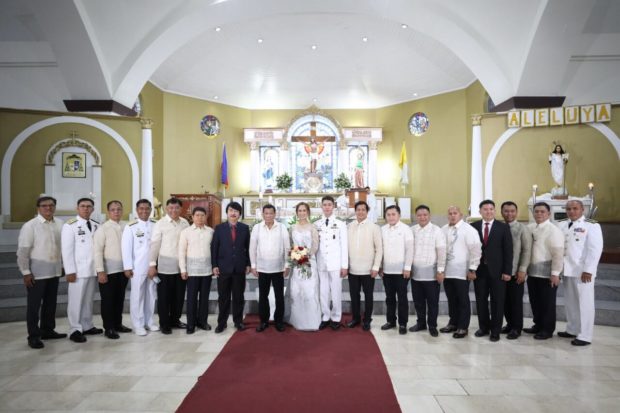 Also present in the wedding was former Special Assistant to the President and senator-elect Christopher “Bong’ Go.

Duterte attended the wedding following his four-day working visit in Japan where he served as a keynote speaker at the Nikkei’s 25th International Conference on the Future of Asia. 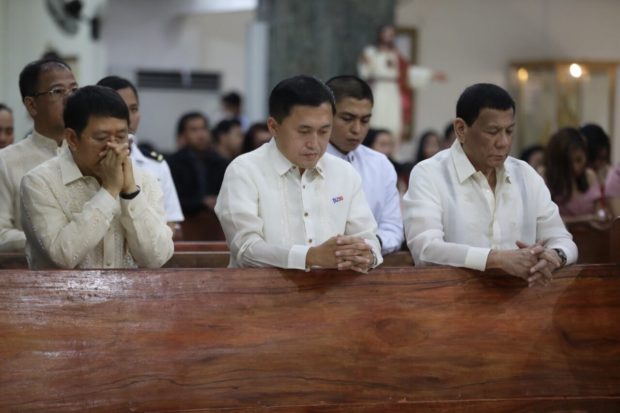 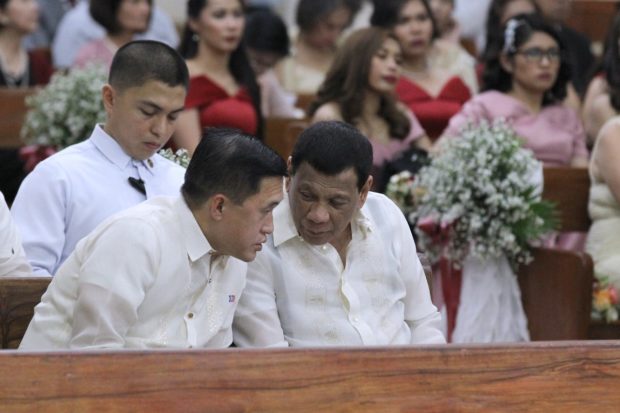