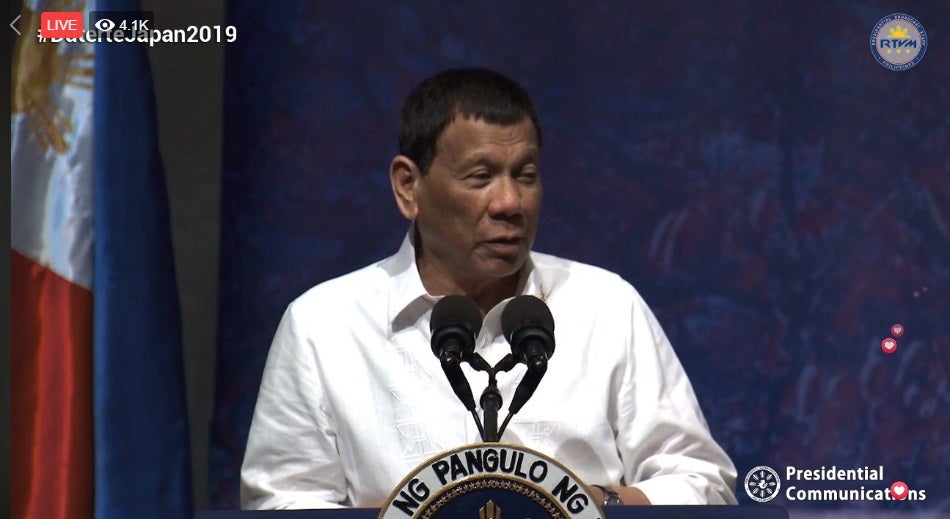 TOKYO, Japan — President Rodrigo Duterte on Thursday told an emotional Honeylet Avanceña that she was destined to be the first lady.

Avanceña is Duterte’s longtime partner after his marriage with Elizabeth Zimmerman was annulled.

An emotional Honeylet recalled her life as an overseas Filipino worker (OFW) in the United States as he introduced the President before 1,200 Filipino workers here.

Avanceña, who once work as a nurse in the United States, described OFWs as “heroes” and hailed their strength of character and dedication, making them outstanding employees.

During his speech, Duterte recalled how he asked Avanceña to return to the Philippines after he found out she was pregnant. The President has one daughter with Honeylet – 14-year-old Veronica, also known as Kitty.

(There are no guarantees with titles, but it’s really a destiny that you become first lady. But if there is someone who wants to follow, it’s OK.)

Duterte, a self-confessed womanizer, introduced Avanceña to the crowd as “my one and only.”

He said she met Avanceña when she won as first runner-up in the 1988 Mutya ng Dabaw runner-up.

Duterte is in Japan for a four-day working visit, which includes a bilateral meeting with Japanese Prime Minister Shinzo Abe. (Editor: Eden Estopace)