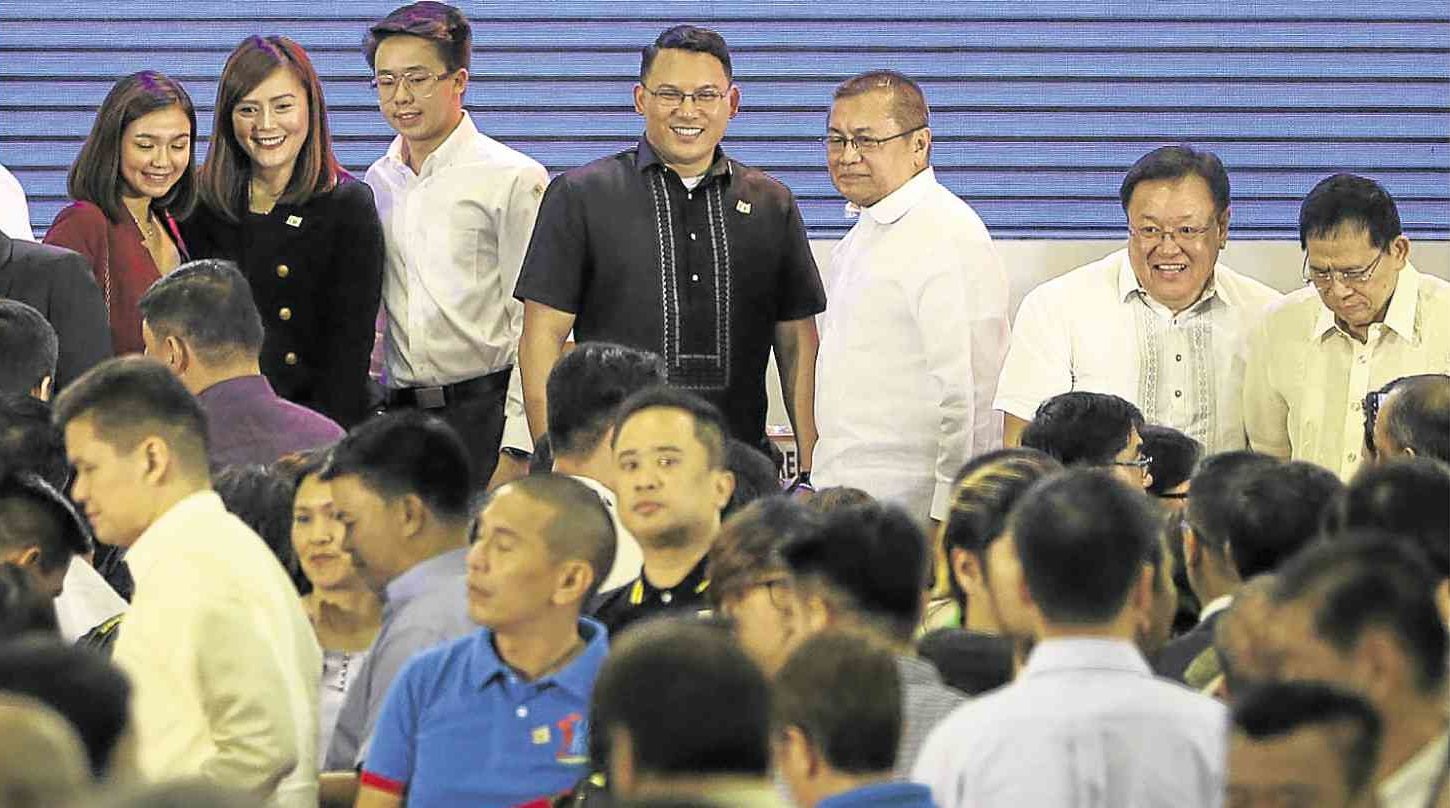 FEELING IT Former National Youth Commission chair Ronald Cardema (in dark shirt, center) attends the May 22 proclamation of winners in the party list elections even though the Comelec has yet to rule on his May 12 application to be the substitute nominee of Duterte Youth, an organization staunchly supporting the Duterte administration. —EDWIN BACASMAS

“His [Mr. Duterte’s] silence is deafening at this point. And the fact that during the campaign, he tolerated the shenanigans of the Duterte Youth already speaks a lot about the kind of administration we have,” said Danilo Arao, Kontra Daya convener, during the group’s rally in front of the Commission on Elections (Comelec) in Manila.

The protesters insisted that cheating and irregularities occurred during the May 13  elections.

“It was basically dishonest so the battle for clean and honest elections continues,” Arao said. He cited the technical glitches involving the vote-counting machines and secure digital cards, as well as the usual problems of vote-buying, harassment and intimidation in the midterm polls.

“We’re here to ensure that the Comelec hears the public clamor condemning the elections. The Comelec was quick to jump to conclusions that the elections were successful. But based on our own study regarding election day, there’s really nothing to celebrate,” he added.

Arao wondered why the President had not made any public remarks on what was seen as a blatant “bastardization” of the party list system by Duterte Youth and Cardema.

The President’s words are deemed necessary, he said, considering that Cardema’s behavior seemed to stem from his allegiance to him.

“The arrogance of Cardema should be exposed because [it] stems from the fact that he thinks he is powerful enough to get away with anything,” Arao said.

He noted that Cardema had failed to take into account the propriety that should be the conduct of government officials.

On the eve of Election Day, Cardema filed an application to become a substitute nominee for Duterte Youth after his wife and the group’s first nominee, Ducielle Marie Suarez, withdrew her acceptance of the nomination, along with four other nominees.

Cardema represented Duterte Youth during the proclamation ceremony last week although the Comelec had yet to rule on his petition.

Several petitions have been filed in the poll body, mostly questioning his qualification as a youth sector representative though he is already 33 years old.

“We’re exploring all options, not just the issue of going to the Supreme Court but also going to the House of Representatives Electoral Tribunal,” Arao said.