Why a deadly shadow hangs over Everest summit 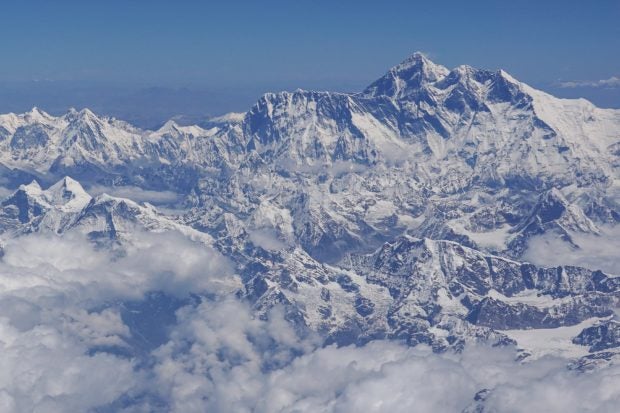 In this file photo taken on April 27, 2019, an aerial view of Mount Everest (centre R) is pictured on a flight from Nepal to Bhutan. – Three more climbers have died on Everest, expedition organisers and officials said on May 24, taking the toll from a deadly week on the overcrowded world’s highest peak to seven. (Photo by Sarah LAI / AFP)

Kathmandu, Nepal — As the return of cloud and frozen hurricane-force winds seal off Mount Everest for another year, questions are being asked about how to police the world’s highest peak after the deadliest climbing season in years.

On average, five climbers die each year on the icy, narrow, oxygen-starved paths to the 8,848-meter (29,029-feet) peak. This season, 11 people died on the treacherous slopes where mountaineers queued sometimes for hours for their turn at the top.

Some veterans said too many of the new wave of mountaineer tourists are ill-prepared for what remains a major test of body and soul. Others have called for a cut in the number of climbing permits, or tougher standards for guides.

As the blame game is played out, here are some of the problems facing the lucrative Everest industry – and potential solutions:

Although final numbers have yet to be released, the number of people to make it up Everest this year could overtake the record of 807 set last year.

Nepal issued 381 permits costing $11,000 each for the spring season and at least another 140 were granted for the northern flank in Tibet.

As most Everest hopefuls are escorted by at least one Nepali guide, the crowds caused bottlenecks on the path to the top – especially after bad weather cut the number of climbing days.

The 2018 climbers were helped by favorable weather that opened the summit for 11 days, but this year vicious winds cut the number of days to fewer than six.

Five people died in 2018. This year nine climbers died on the Nepal side of Everest and two on the Tibet side.

Nirmal Purja, who climbed six 8,000-meter (26,246-feet) mountains in just 31 days this season, said the route to the summit should be fixed earlier to ease the traffic.

“We did that on Annapurna to stay on track. It gives teams more days to reach the summit,” he said.

But Ang Dorji Sherpa of the Sagarmatha Pollution Control Committee – which oversees the opening of the lower part of the route – said the focus should be on limiting the number of climbers as weather dictates when ropes can be set. 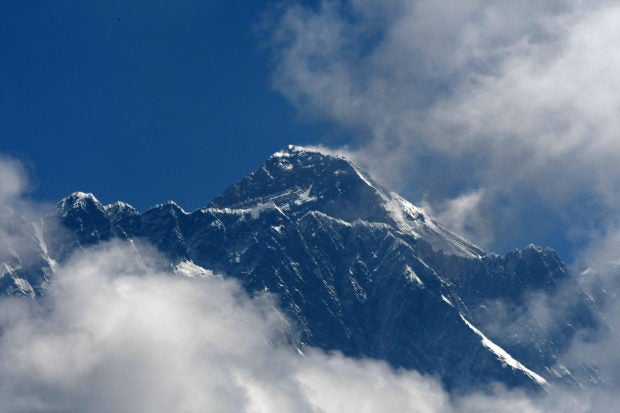 Just as a beach is crowded on the first day of summer, the ridge to the Everest summit was clogged by more than 200 climbers on May 22 when it reopened after bad weather.

Teams waited for hours in freezing temperatures to reach the top and then descend. The wait increased the risk of frostbite, deadly altitude sickness, and simple exhaustion from depleted oxygen levels.

The traffic jam in the Everest “death zone” has been blamed for at least four deaths this year.

Indian climber Aditi Vaidya said waiting for one hour was a potential killer.

“That’s where maximum people got frostbite. Because you don’t walk, you don’t move, your body’s not warm, you are cold and no matter if you buy the best mountaineering equipment, I don’t think anything – any man-made thing – can fight nature.”

Gyanendra Shrestha, a government liaison officer at the Everest base camp, said climbers are in too much of a rush when the window opens.

“If there was coordination among teams, and they could have spread out the climbers over time we would not have seen such overcrowding,” Shrestha said. 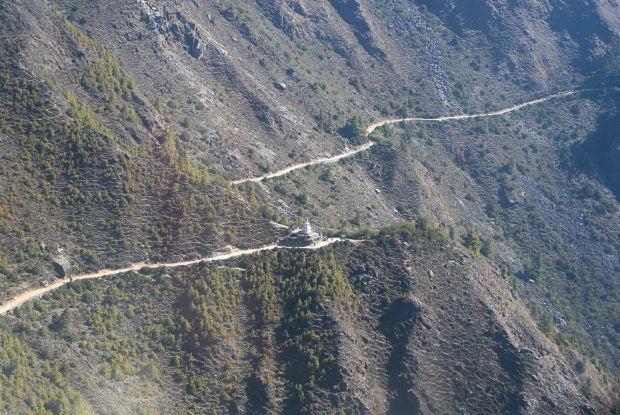 Trekkers and porters walk along a path in the Everest region, some 140 km northeast of Kathmandu, on May 27, 2019. (Photo by PRAKASH MATHEMA / AFP)

Several climbers said there were too many inexperienced newcomers, moving too slowly and risking their lives and those of others.

“I saw climbers who needed their guides’ help to even put on their shoes and crampons,” one climber said.

There have been calls for the government to limit the number of Everest permits or set criteria to be allowed on the mountain.

But Damian Benegas, who has guided teams on Everest for nearly two decades, said “limiting permits will not change the quality of climbers”.

“The operators know better and need to set a standard of who they will take up the mountain.” 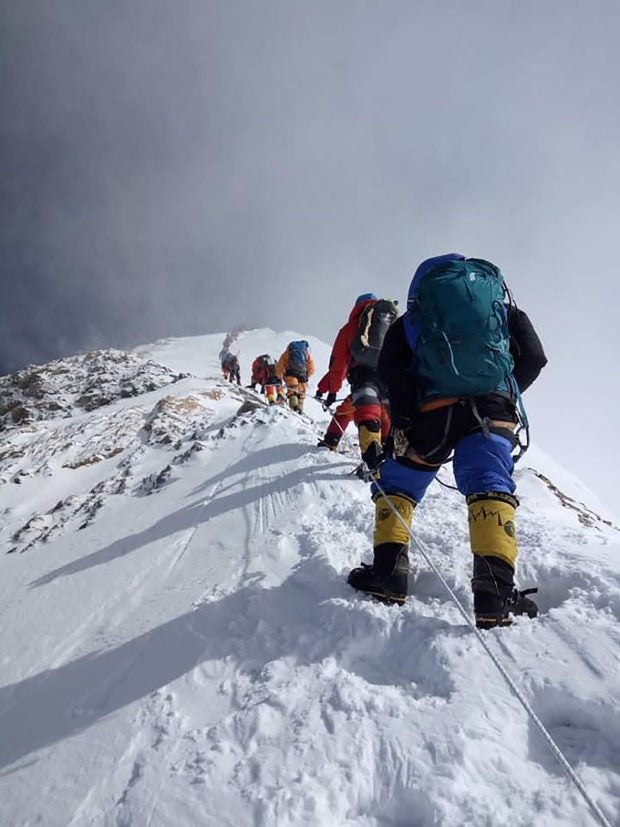 In this file photo taken on May 16, 2018, mountaineers ascend on their way to the summit of Mount Everest, as they climb on the south face from Nepal. – Two more climbers have died on Everest, expedition organisers and officials said on May 25, taking the toll from a deadly week on the overcrowded world’s highest peak to ten. (Photo by Gesman TAMANG / AFP)

The Everest boom has made mountaineering a lucrative business since Sir Edmund Hillary and Sherpa Tenzing Norgay made the first ascent in 1953.

“Finally, in the ‘wrong’ column are the operators who (use) staff with less than qualified individuals, who lack the proper medical, mountaineering and client experience to respond properly in a crisis,” said Alan Arnette, a mountaineering blogger.

While the number of climbers has more than doubled in two decades, the supply of Sherpa guides has not kept pace.

Raw recruits who have often just taken equipment to higher camps are now entrusted with taking people to the top.

“An unprepared climber paired with an untrained guide is a dangerous situation,” said Tashi Sherpa, an internationally certified mountain guide.

“The guide has to know when to return, even if the client insists on going up.” /kga