Race to speakership just a front war among tycoons–Tinio 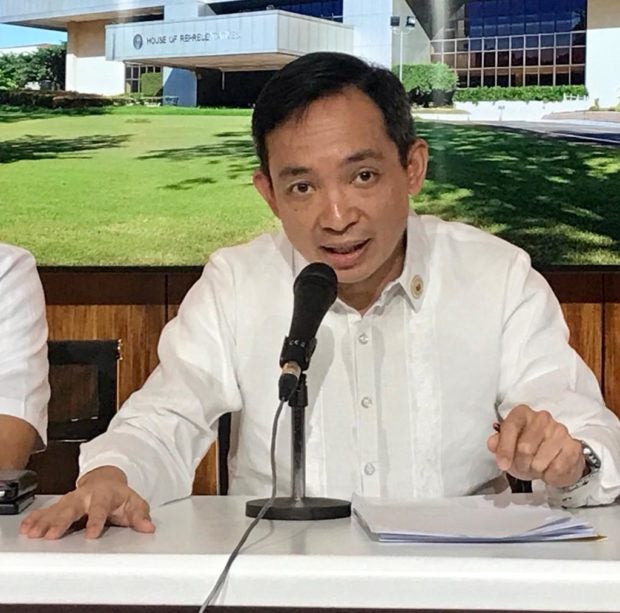 MANILA, Philippines — The speakership race is just a front war among business tycoons with vested legislative agenda to cradle their interests, a member of the Makabayan opposition bloc in the House of Representatives said Wednesday.

Tinio noted that the Nationalist People’s Coalition (NPC) is led by billionaire Ramon Ang, the National Unity Party is under the wings of Enrique Razon, while the Nacionalista Party (NP) is headed by the country’s wealthiest businessman Manuel Villar.

Tinio further explained that speaker aspirant Rep. Lord Allan Velasco of Marinduque is “closely associated” with Ang and the Duterte family, while another contender Martin Romualdez of Leyte is an ally of the Marcoses.

Although Tinio admitted that they have met with Velasco and Romualdez with regard to the speakership battle, he said they would choose the contender who would have the same pro-people stance similar to them and one who would acknowledge Makabayan as a genuine minority.

In a separate briefing, Minority Leader Danilo Suarez bucked Tinio’s idea, arguing that a well-off House speaker would not let anyone influence him or her.

Negros Oriental 3rd District Rep. Arnolfo Teves Jr. meanwhile said a so-called “battle of tycoons” is not possible because no single political party holds the majority of the 300 House members.

“There is no single party who has a number capable of winning the speakership on its own. Wala naman party na sobra sa 150 ‘di ba?” Teves said.

Alvarez, Velasco, and Gonzales are from the ruling Partido Demokratiko Pilipino–Lakas ng Bayan, while Romualdez is from Lakas-Christian Muslim Democrats and Cayetano is from NP.  (Editor: Jonathan P. Vicente)

LP sees same ‘tyranny of majority’ in next Congress