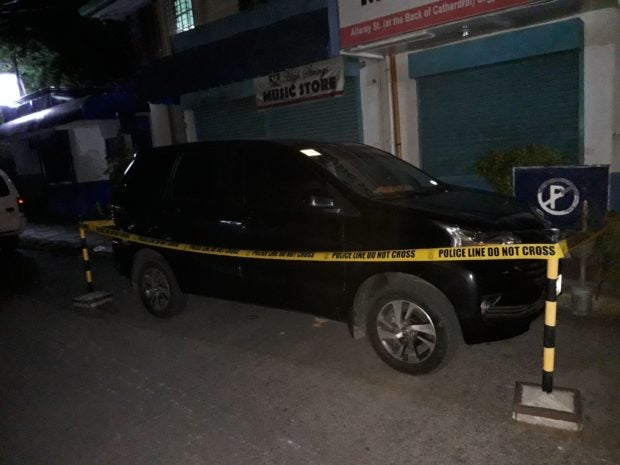 The Toyota Avanza of Grab lady driver Maria Cristina Palanca, who was found dead in Cainta, Rizal, was recovered in Lucena City on Tuesday. Photo from Lucena City police

LUCENA CITY — The missing vehicle of a Grab driver, who was found dead in Cainta, Rizal, was recovered by the police here on Tuesday.

The two reported that the missing Toyota Avanza with plate number DAE 3053, which was reportedly owned by Maria Cristina Palanca, was pawned to them by one Paolo Legazpi Largado for P30,000 around 5:30 p.m. on Monday.

They said the agreement was that the said car would be redeemed on June 2.

But when Salcedo and Almario learned through social media that Largado was the primary suspect in the killing of Palanca, they immediately decided to report to the local police and turn over the vehicle in their custody.

The report did not explain the relationship between Largado and the two informants.