Tornadoes in Ohio leave at least one dead, widespread damage 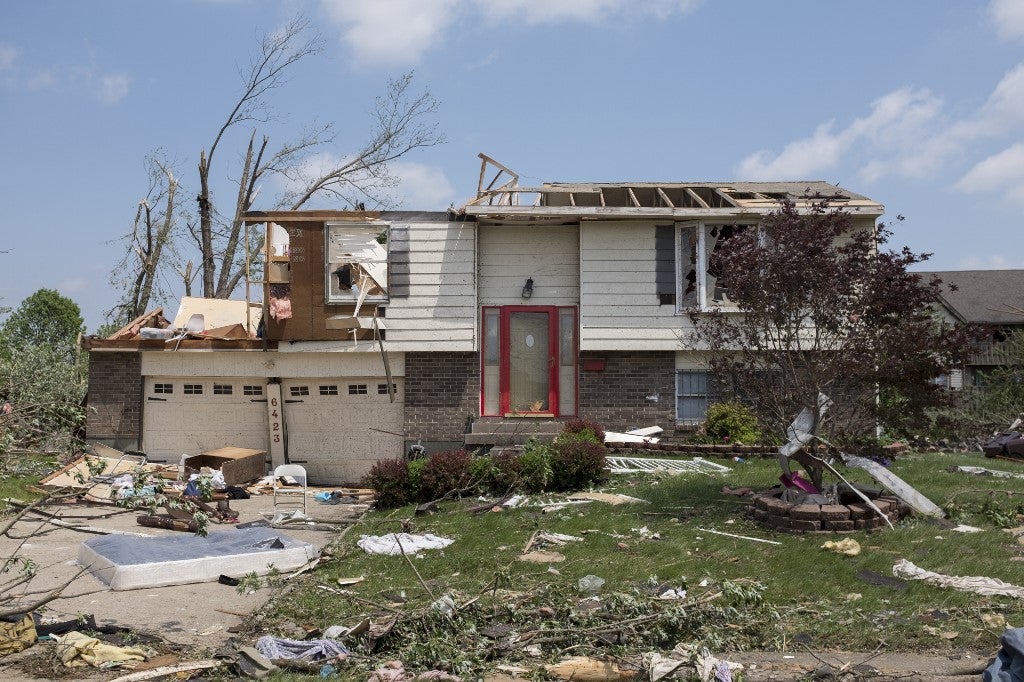 Tornado damage in Trotwood, Ohio, on May 28, 2019, after powerful tornadoes ripped through the US state overnight, causing at least one fatality and widespread damage and power outages. AFP

One twister that barreled through the city of Dayton left 80,000 people without power as day broke, the city’s assistant fire chief Nicholas Hosford told ABC News.

“We have homes flattened, entire apartment complexes destroyed, businesses throughout our community where walls have collapsed,” Hosford said.

“I don’t know that any community that is fully prepared for this type of devastation,” he added.

That twister was one of many — up to 52, according to the National Oceanographic and Atmospheric Administration — that touched down Monday night and roared through eight US states.

As the scope of the damage became visible with daylight, rescue teams searching for tornado victims in Dayton went door-to-door in areas particularly hard hit by the storm.

Hosford said an unknown number of people in Dayton were injured or displaced.

The one known fatality so far is an 81-year-old man in the town of Celina, about a 90-minute drive north of Dayton, said Celina Mayor Jeffrey Hazel. The man died when a car crashed into his home, Hazel said.

The National Weather Service said the tornado that hit Celina was “at least an EF3,” meaning it had winds of 136-165 miles per hour (218-265 kilometers per hour).

Drone footage broadcast on US TV outlets showed large, modern homes in Celina obliterated by the tornado, while homes right next door dodged its fury.

On one interstate highway north of Dayton the debris was so thick that crews used snow plows to push aside tree branches and rubble, said the Ohio Department of Transportation.

Celina resident Kylie Post said that when she heard tornado sirens start blaring, she and her son took shelter in a bathtub and covered themselves with a mattress — because their home has no basement.

“The first thing I heard was the sirens. Then, next it sounded almost like a train was near us that lasted for only a few minutes,” Post told the Cincinnati.com news site.

Dayton city hall asked people to conserve water because power at water plants and pumping stations was knocked out.

The tornado was the third in a week to rake the central United States.

At least two people died and another 29 were hospitalized in Oklahoma over the weekend when a tornado flattened a mobile home park in the town of El Reno.

President Donald Trump, wrapping up a trip to Asia, tweeted that he had offered federal resources for the cleanup.

Another three people died last Wednesday when a tornado packing speeds of 160 miles (260 kilometers) per hour tore through Jefferson City in Missouri. /cbb