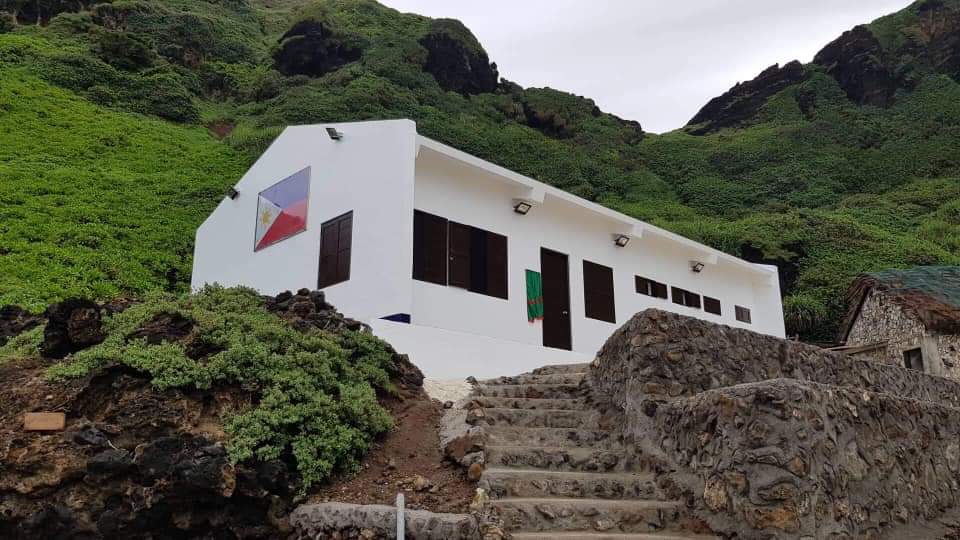 A single-storey concrete facility in the northernmost uninhabited island of Batanes will primarily serve as a fishermen’s shelter, which will cater the needs of fishers during bad weather. Photo c/o Lt. Gen. Emmanuel Salamat/ NOLCOM

MANILA, Philippines — A single-storey concrete facility in the northernmost uninhabited island of Batanes designed to boost the Philippines’ maritime entitlements within its sovereign territory was turned over by the military to the local government on Monday.

The facility in Mavulis Island will primarily serve as a fishermen’s shelter, which will cater the needs of fishers during bad weather. Its waters surrounding it are a resource-rich area frequented by local fishers from the municipality of Itbayat.

The island is located more than 280 kilometers off the northern coast of Luzon mainland and less than 150 kilometers from the southern tip of Taiwan.

A single-storey facility in Mavulis Island, the northernmost uninhabited part of Batanes, was built by the military to boost the country’s maritime entitlements w/in its sovereign territory. It was turned over to the local govt on Monday. (Ton Francisco/Go Share). pic.twitter.com/ZV6BbadEHl

Northern Luzon Command chief Lt. Gen. Emmanuel Salamat told INQUIRER.net that the construction, which his unit spearheaded, was stalled three times since it started in June last year due to challenging weather and sea state conditions.

Batanes lies along the path of the majority of typhoons during southwest monsoon season.

Defense Undersecretary Ricardo David was guest of honor and speaker at the turnover ceremony attended by the military, law enforcement personnel, local government and other stakeholders.

“This is AFP’s gesture of support to the Filipino fishermen and manifest our commitment in protecting our sovereignty and asserting our ownership in this territory,” he was quoted as saying.

Salamat said they initiated the project because they wanted to support the fishermen and promote safety of life at sea.

Poaching by foreign vessels used to be frequent there, hampering the fishing activities of locals. But with the occupation of the island when the construction started and the increased military/coast guard patrols, Salamat said it has been lessened.

The amenities of the shelter include a common room that can accommodate 16 persons, a dining area, kitchen, lounge, and comfort room. A fish dryer which may also serve as a helipad was also built.

The military could also use it as a temporary shelter if needed for humanitarian missions, search and rescue, and invoking innocent passage of the crucial sea lane.

Mavulis Island is near Balintang Channel, a strategic passage used by foreign and local vessels crossing the waterway of the South China Sea to the Pacific Ocean. (Editor: Julie Espinosa)