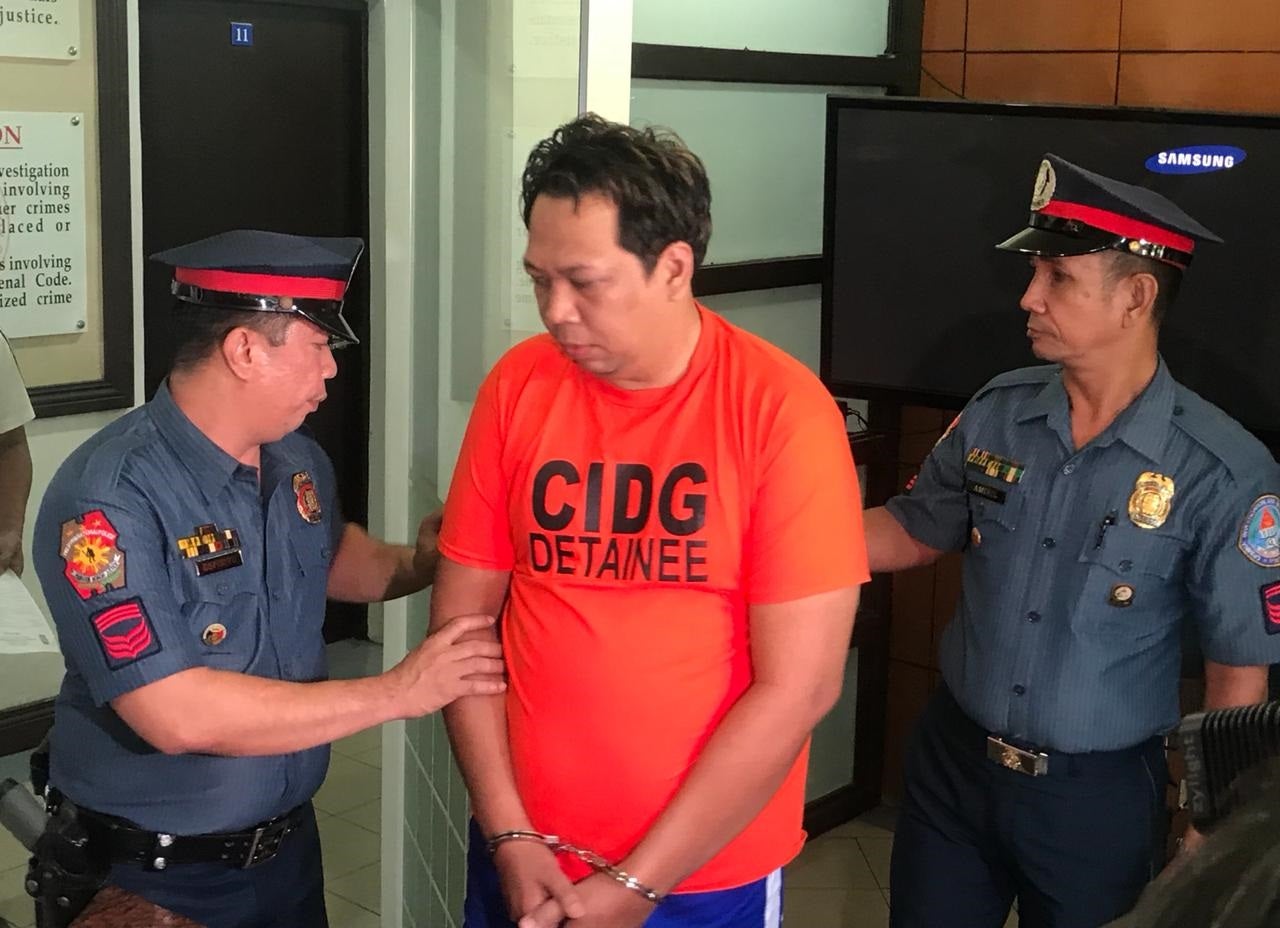 Police watch over Ryan Cabañas (center)  who reportedly yielded firearms and ammunition in Cainta, Rizal, on Monday, May 27, 2019. PHOTO by CATHRINE GONZALES / INQUIRER.net

Members of the Criminal Investigation and Detection Group – Detective and Special Operations Unit (CIDG-DSOU) arrested Ryan Cabañas, 38, at about 9:35 a.m. on Monday after serving a search warrant at his house in Pag-ibig Homes Subdivision.

Police said the suspect claimed being a movie stuntman.

The CIDG said they seized from Cabañas a pistol and two sniper rifles, 234 bullets of various caliber, and a bullet-proof vest with an NBI marking.

The CIDG said the guns were unlicensed.

In a press briefing at the CIDG office, DSOU chief Lt. Col. Domingo Soriano said the suspect was also wanted for syndicated illegal recruitment based on a warrant of arrest issued by the Makati City Regional Trial Court Branch 146.

A case for violation of the Comprehensive Firearms and Ammunition Regulation Law is being readied against Cabañas. (Editor: Cenon B. Bibe Jr.)