Latin American art emerges as a bargain for collectors 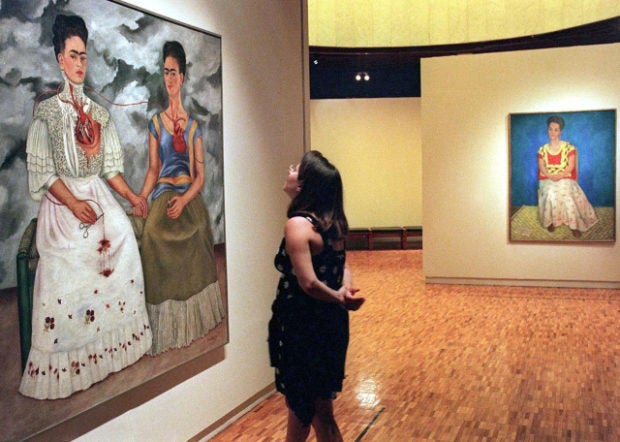 Shopping for a masterpiece but can’t afford, say, a steel rabbit sculpture that went for over $90 million? Then, consider Latin American art.

Indeed, even big names, such as Diego Rivera and Frida Kahlo, offer a lot of bang for the buck, auction houses, gallery owners and collectors told AFP.

“With a million dollars you really can buy a masterpiece,” said Virgilio Garza, director of Latin American art at Christie’s in New York.

For someone seeking a modern or contemporary US or European work, Garza said that same amount of money “will not get you very far.”

Money has been really flooded the spring art auctions in New York.

And a Claude Monet painting from his celebrated “Meules” (Haystacks) series fetched $110.7 million at Sotheby’s. That was a record for the French Impressionist.

The standouts among Latin American art, however, were acquired for a song, relatively speaking.

At Sotheby’s, a famous painting of watermelon slices by Mexico’s Rufino Tamayo was auctioned for $4.9 million. And a work by Uruguay’s Joaquin Torres Garcia entitled “Construccion en blanco” drew 3.4 million.

Latin American art is perfect for people who are only starting to collect, because of the bargains out there, said Garza.

A portrait of the daughter of Diego Rivera — the world’s top draw among Mexican artists, followed by Kahlo and Tamayo — was thought to be worth up to $700,000 at Sotheby’s. Yet in the end, nobody took it home.

A large triptych by the Cuban-American artist Carlos Alfonzo — whose career was distinguished but brief because he died at age 40 — went for $350,000 at Christie’s. That was a record for the artist at auction.

Garza said Latin American art is perfect for someone starting a collection because “there are really good things at reasonable prices.”

In Asia, the most sought-after Latin American works are those of Colombia’s Fernando Botero, known for his depictions of voluminous people and animals.

“The demography of our clientele has changed. It is no longer Latin Americans buying Latin American. It is more global, said Garza.

He noted that there is an exhibition of works by Roberto Matta, a Chilean who blended Surrealism with Abstract Expressionism, on right now at the Hermitage in St. Petersburg, Russia.

He said the fact Latin American art is undervalued is a reflection of economic and political turmoil in most Latin American countries and “the result of a lack of support among cultural institutions and even collectors themselves” for Latin America as a brand.

He stressed that Latin American art serves the purpose of getting people to appreciate something other than European and US art and consider the Latin American version of art’s various movements.

“That is what it means to collect. To find pieces in order to open up dialogue,” said Faria.

“That is what we are seeking today in the world. To break down barriers, be equal, compete on a level playing field,” he said.

“We want there to be opportunity for inclusion, pluralism, diversity. Collecting is not accumulating. It is weaving.” CC

Artist to bring Mindanao colors to Brussels for exhibit