Artist to bring Mindanao colors to Brussels for exhibit 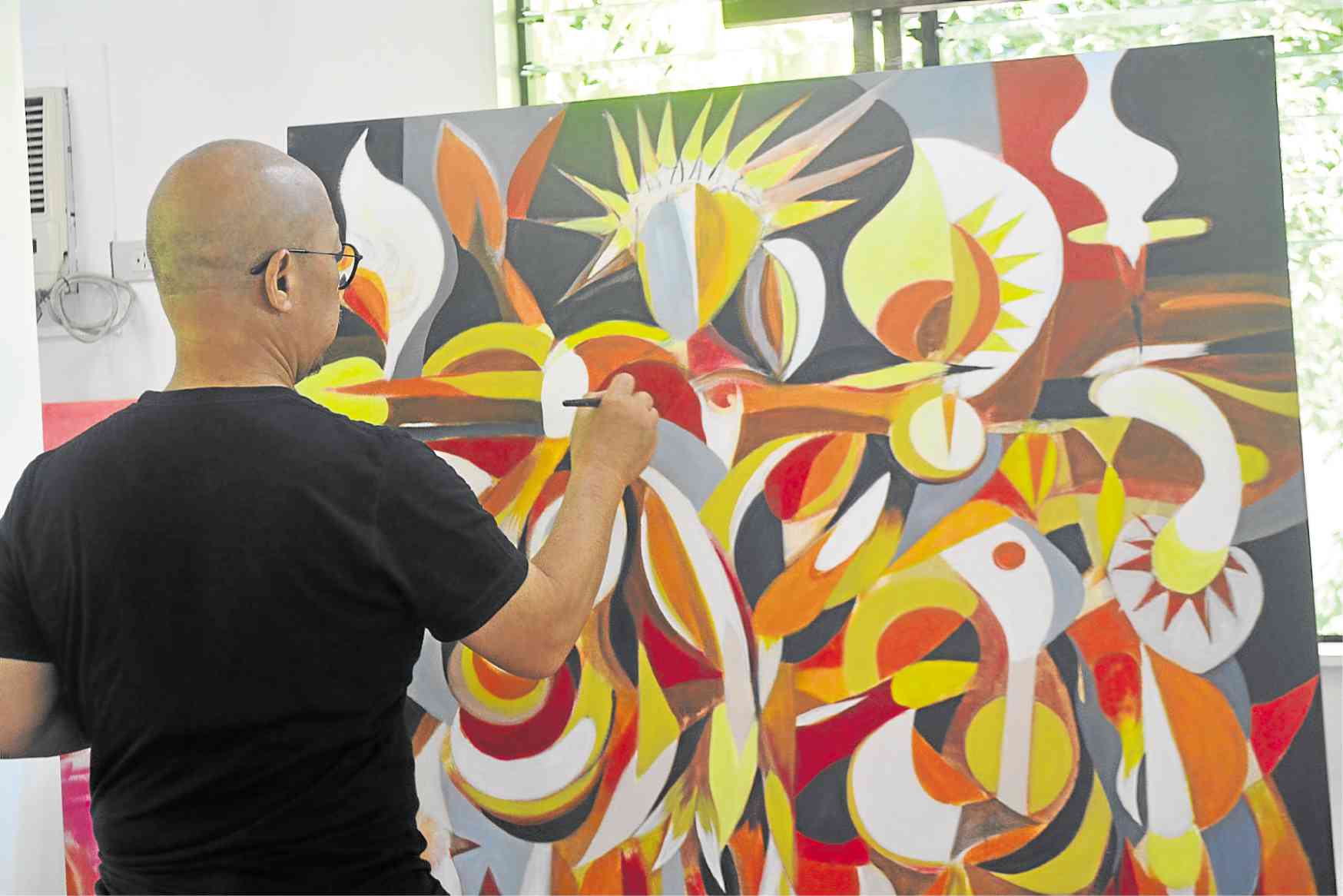 DAVAO CITY — Inside his airy, naturally lit studio on the slope of this city’s Shrine Hills, Vic Secuya dabs colors on several huge canvases that stand close to a wall at one end of the spacious room.

Secuya had just wrapped up his exhibit, “Memories of my Father’s Farm,” at the height of the Kadayawan Festival and he would be bringing the 10 huge canvases at the Waterfront Hotel here to another show in Belgium.

The Davao artist has been commissioned for a weeklong exhibit in the town of Saint-Josse-ten-Noode, just along the border of Brussels this month.

“I will be bringing with me the colors of Mindanao,” he said, referring to the hues often evoked in his paintings to remind one of Mindanao’s Moro and ethnic tribes.

The event near the Belgian capital only emerged from a serendipitous encounter.

“I just happened to sell artworks to this Manila client who eventually became an elected mayor of the Pangasinan town of Binalonan,” Secuya said.

Ramon Guico III, a commercial pilot, art collector and chief executive of a flying school before he became mayor of Binalonan, has been drumming up art interest in his town and even installed one of Secuya’s sculptures at Binalonan Park.

Guico invited Secuya as guest during the sculpture’s unveiling last year, but the artist begged off from attending on the day itself due to sickness. The mayor was by then receiving guests from Binalonan’s sister town, Saint-Josse-ten-Noode.

The installation intrigued his Belgian guests, who inquired about the artist.

“They learned that I came from ‘Duterte country’ and had asked for my works,” Secuya said. Later, they told him, they had this festival every year, where they chose to invite artists coming from one of their sister towns around the world.

“They invited me to do the exhibit,” he said. “The previous year, they had invited someone from Latin America.”

“Memories of my Father’s Farm” is a tribute to his father, a kind of “myth-making” he was creating for himself in relations to his past, Secuya said. “They’re my personal forms and symbols that I try to put on canvas.”

His father, a businessman, had introduced the farm to him at an early age, and from that experience grew the forms and symbols that have fueled his art, Secuya said.

As an artist, he has always been drawn to bright colors, but he pointed out that if one looked closely, one would notice the neutral colors in the background and the warm colors serving as focal point.

“It becomes bright only because of the combination,” he explained.

While abstract art has taken root and blossomed in Europe, Secuya said he would not be bringing abstractions there but “my life, my story that is rooted on this earth.”

“Whether they appreciate it or not, I’m pretty sure [what I’m bringing them] is not something European,” he said. “I want them to see me as a Davao artist, I came from the soil of this land.”