Duterte: I will resign if Paolo runs to become House Speaker 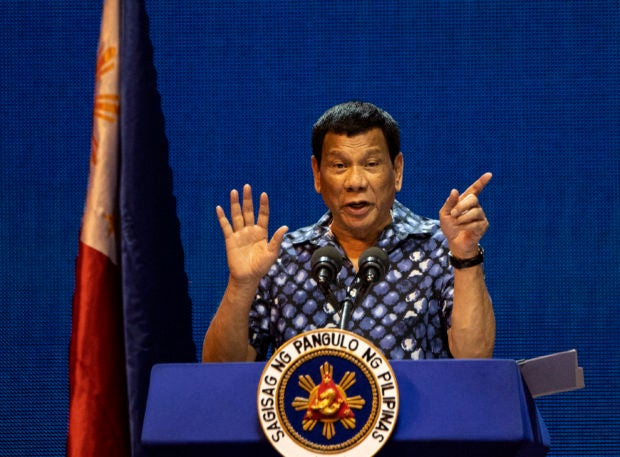 Philippine President Rodrigo Duterte gestures during the Partido Demokratiko Pilipino-LakasBayan (PDP-LABAN) meeting in Manila on May 11, 2019, ahead of the midterm elections on May 13. (Photo by NOEL CELIS / AFP)

[I told Paolo: “If you run for the speakership, let me know. If you’re running, I will resign. There are so many of us in government. Your sister is a mayor. So I’m uneasy.]

The President said he would remain neutral on the issue of the House speakership, but he admitted that some aspiring candidates had approached him even before the elections.

On Monday, House Minority Leader Danilo Suarez pointed out that electing Paolo as the next House speaker might not sit well with the public.

[I really doubt if people will accept that the President is Duterte and the Speaker will be his son. That will raise a lot of eyebrows. Maybe if Digong is not the President, then Paolo may have a chance of getting a crack at the leadership.]

As of posting time, the presidential son, a former Davao City vice mayor, has yet to issue an official statement on the matter.