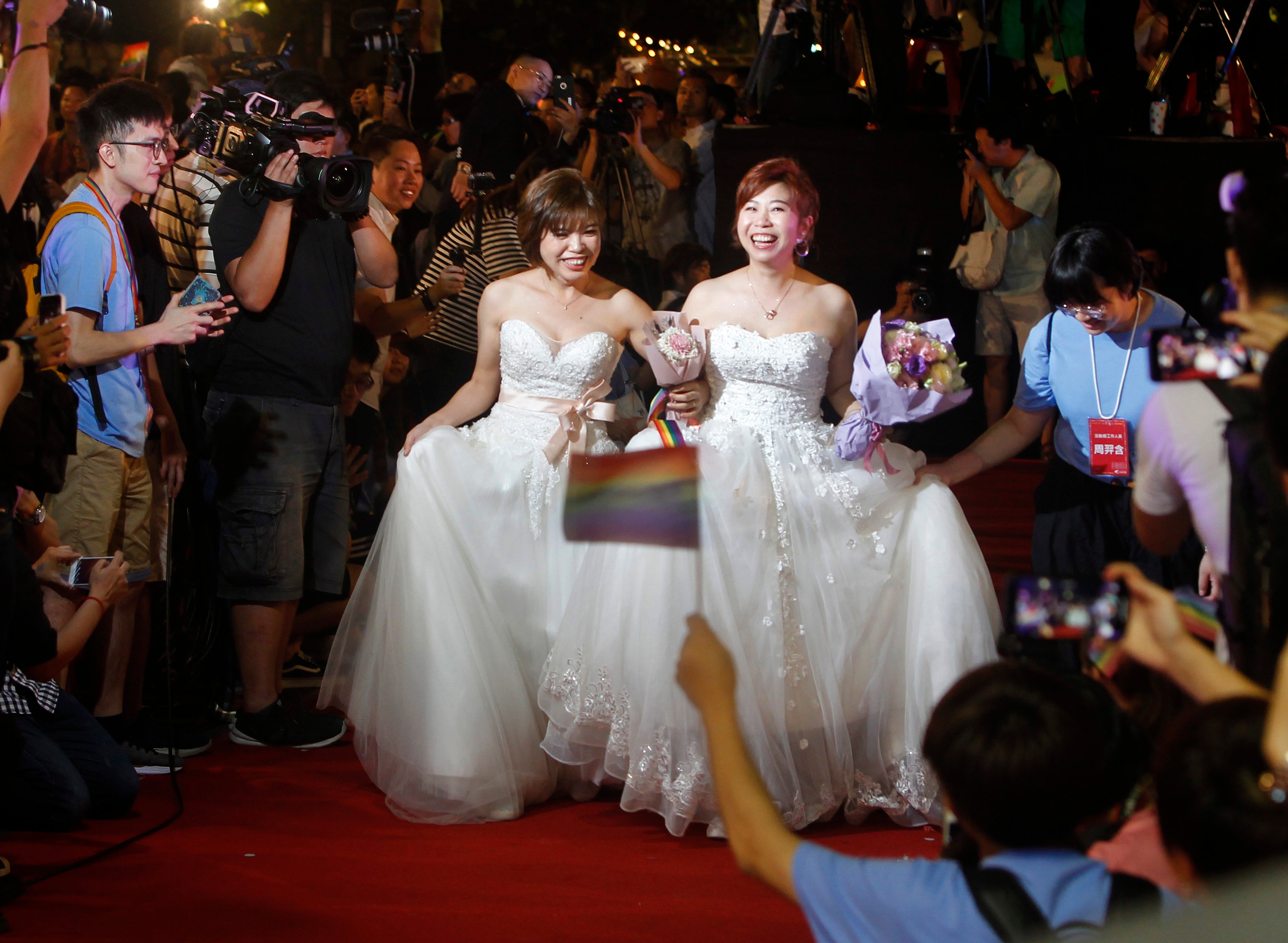 TAIPEI, Taiwan — More than 1,000 people attended a mass wedding banquet in Taiwan’s capital to celebrate the marriage of same-sex couples after a landmark decision legalizing the unions.

Taiwan became the first place in Asia to recognize same-sex marriage last week following a vote by the island’s legislature.

LGBT couples clad in flowing white gowns and matching suits gathered in Taipei on Saturday evening to walk down a red carpet flanked by cheering supporters. Taiwan’s state Central News Agency reported that more than 1,600 guests were in attendance, including 20 same-sex couples who recently tied the knot. 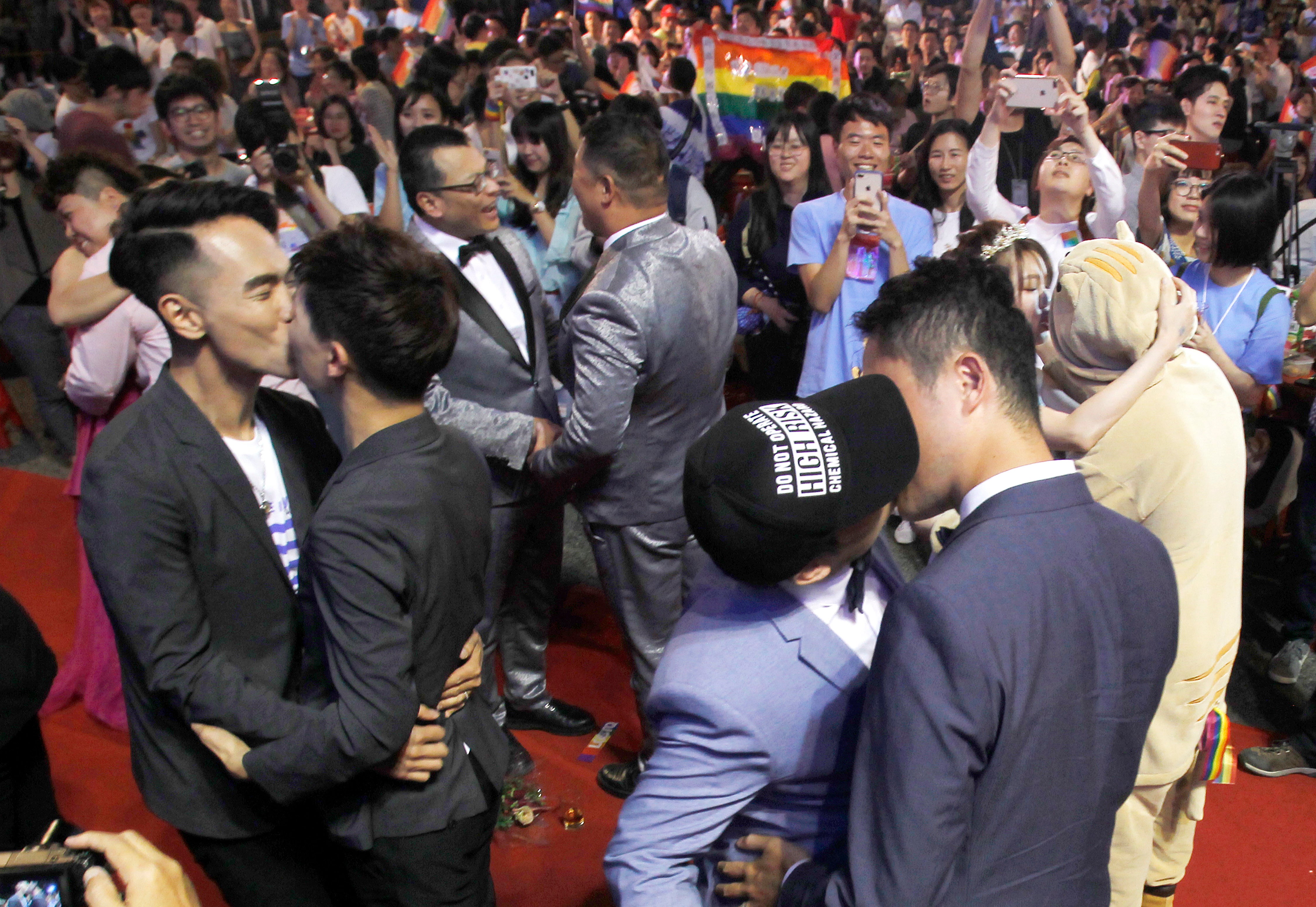 “Never did we give up hope that we would one day get married,” said Janet Hsu, a 38-year-old civil servant who married her partner.

They and other pairs were honored in a gala that featured an emcee who wished them “100 years of happiness.” A drag queen also performed with a group of scantily clad men.

The banquet seated 160 tables and served nine courses of traditional Taiwanese food, according to the Central News Agency.

Taiwan split with mainland China amid a civil war in 1949. China’s ruling Communist Party considers the island part of its territory. 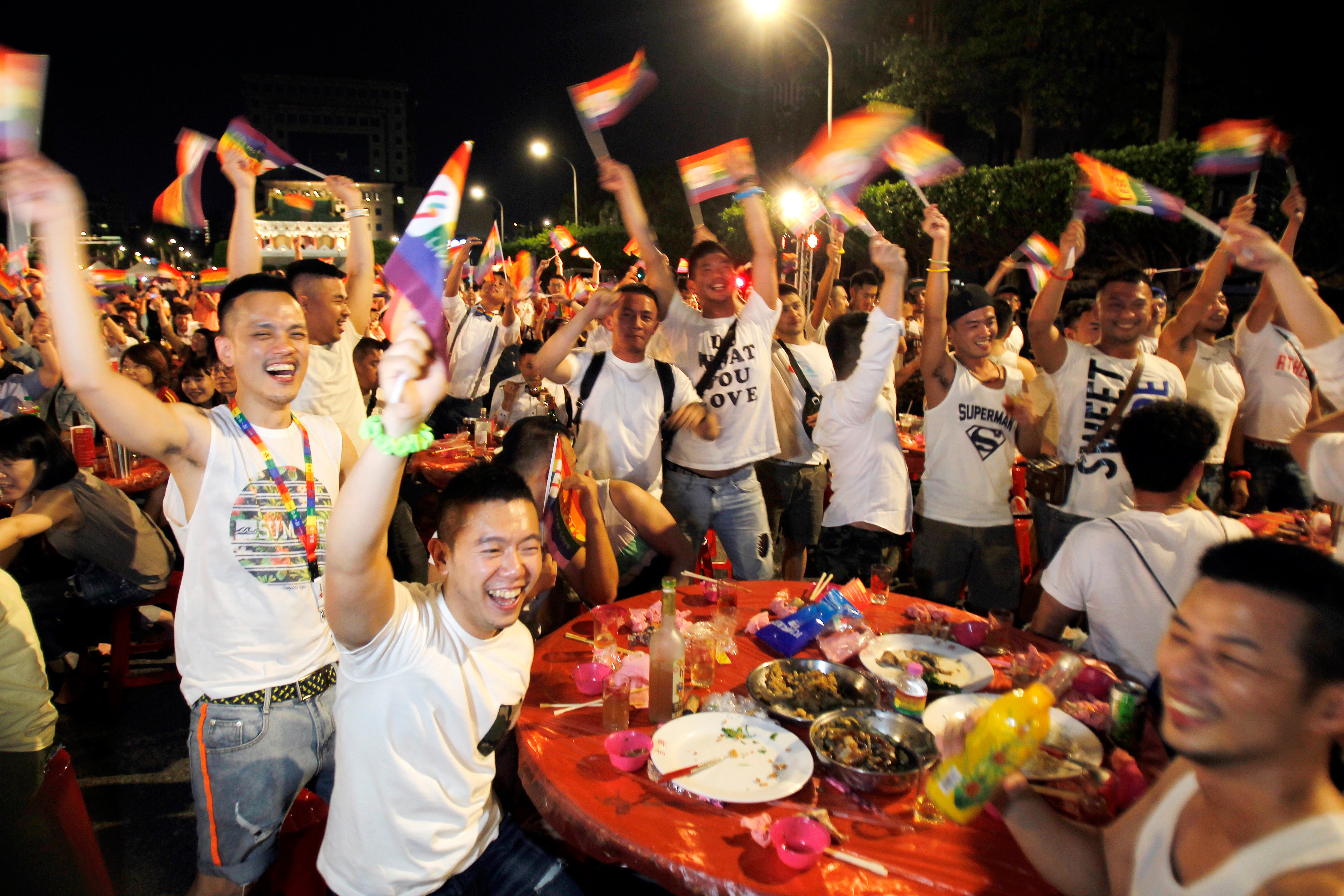