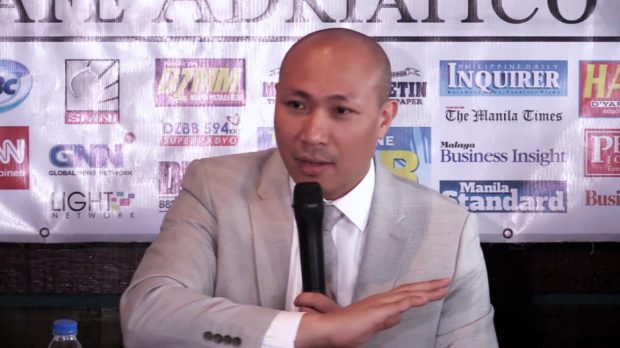 MANILA, Philippines — Outgoing Magdalo Party-list Rep. Gary Alejano on Saturday slammed Malacañang for having “double standards” on the issue about Peter Joemel Advincula, who claims to be the “Bikoy” in the “Ang Totoong Narcolist” videos.

[You can see their duplicity, their double standard in that if it’s them getting it, the guy is lying, but when it’s the opposition getting hit, he’s credible.]

Presidential spokesperson Salvador Panelo said that Advincula would have to submit a “sworn statement” to prove his claim that the opposition Liberal Party and Sen. Antonio Trillanes IV were behind the narcolist videos.

Advincula earlier claimed that the Duterte family was in the illegal drug trade, which made Panelo question his credibility.

READ: Palace to ‘Bikoy’: You lie in one, you lie in all

[I have been consistent in my call that there are just two situations regarding the Bikoy videos. One is that it’s all made up, that he’s a liar, that he should be charged. Second, he’s telling the truth. So we can’t set aside what he’s saying. The documents have details. They’re verifiable. That’s my stand.]

[Now that’s surfaced, saying that everything he said wasn’t true, what will we believe now?]

[What I see here is that they’re doing all sorts of mischief, all out, so that the criticisms against them would disappear. They’ve gone all out. They’re getting us accustomed to the situation that that’s what they really are.]