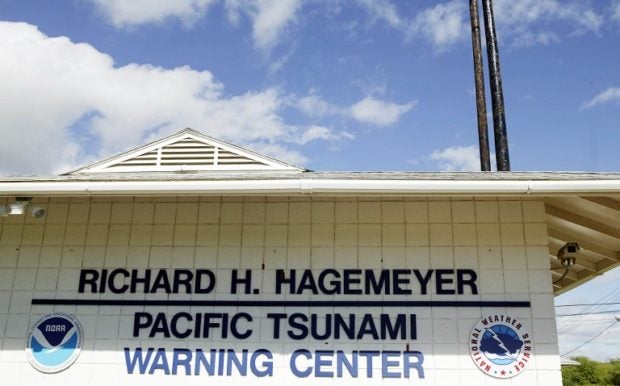 The National Weather Service Pacific Tsunami Warning Center monitors earthquake activity from around the globe to watch for tsunamis, or tidal waves, in the Pacific Ocean. (Photo by Marco Garcia/Getty Images/AFP FILE)

HONOLULU — Officials at a tsunami monitoring center in Hawaii said Thursday a fake threat was circulated about an earthquake in Japan and subsequent tidal wave.

News outlets reported Tuesday that the Pacific Tsunami Warning Center on Oahu said there is no tsunami threat in the Pacific after a “fabricated message was circulated.”

Officials said the bogus message went out after 4 p.m. on a global telecommunications system used by the World Meteorological Organization based in Switzerland.

The message said a magnitude 8.0 earthquake occurred in Japan near Nagasaki, although the coordinates given were not accurate.

Authorities said clues the message was bogus included misspellings, and inclusion of only a few parts of what would normally be sent.