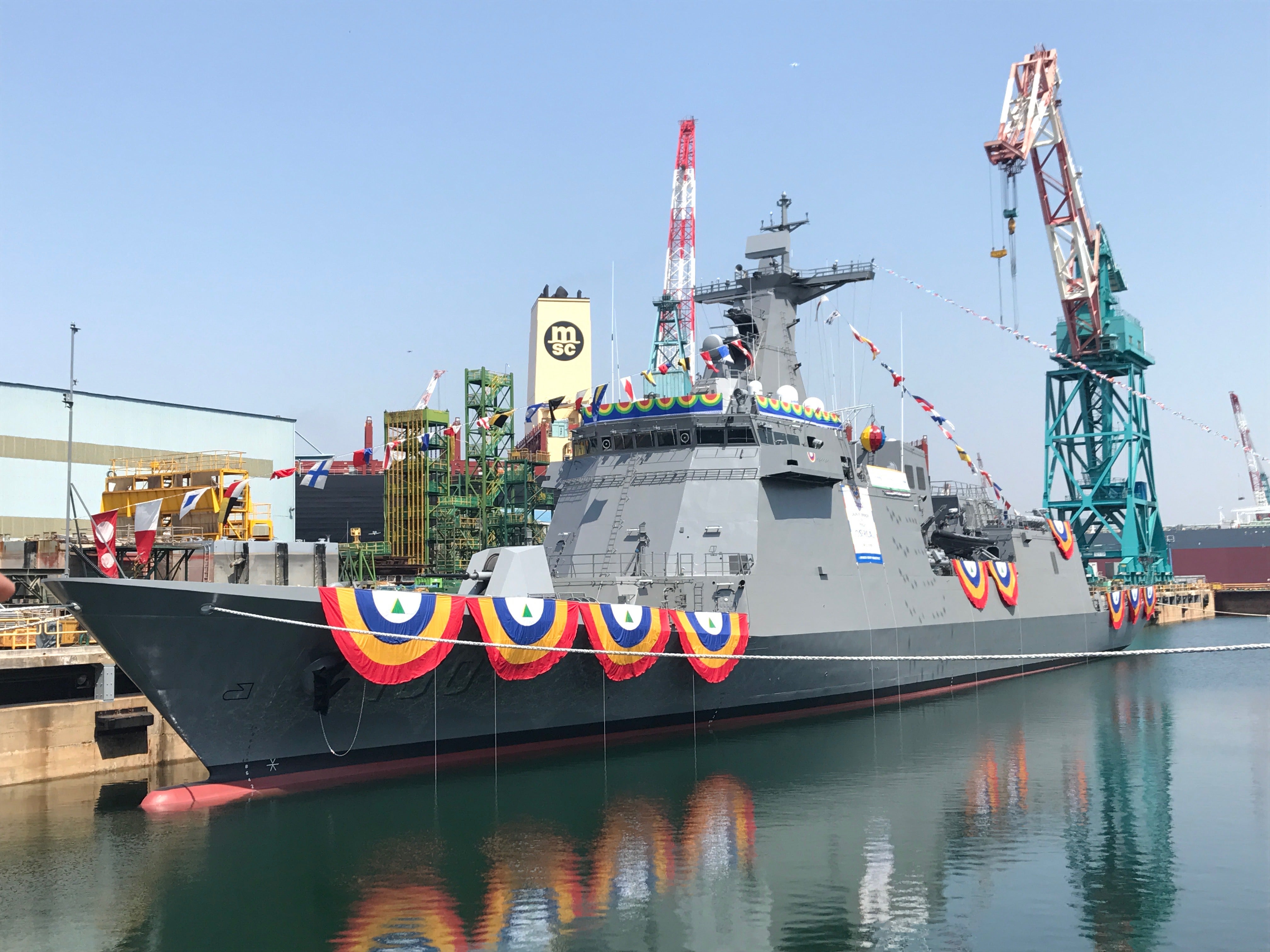 ULSAN, South Korea — The first ever missile-capable warship to be built for the Philippine Navy was transferred to the water for the first time, seven months after her keel was laid.

The future BRP Jose Rizal (FF-150) was launched on Thursday during a ceremony at the Hyundai Heavy Industries (HHI) shipyard here.

The Philippine government signed a deal with HHI to buy two ships of this type for P16 billion in 2016.

The event coincided with the keel laying ceremony for the second frigate, the future BRP Antonio Luna (FF-151). The event marked the formal construction of the vessel.

The frigates were designed based on the Incheon/FFX-I/HDF-3000-type multi-purpose frigate of the Republic of Korea Navy. It will be armed with Oto Melara 76mm super rapid gun and SMASH 30mm remote-controlled established naval gun.

The ships will be fully equipped with surface-to-air and surface-to-surface missiles, torpedoes, launchers and weapon systems for four-dimensional warfare.

Each vessel is capable to carry more than a hundred officers and crew. It also features a flight deck towards the stern with the ability to handle one maritime helicopter weighing up to 12t. A hangar will also be fitted to accommodate the helicopter.

It will also be equipped with two rigid-hulled inflatable boats for military and emergency operations at sea.

The two ships will have a maximum speed of 25 knots, with a range 4,500 nautical miles at cruising speed of 15 knots. It can sustain operational presence for 30 days.

Empedrad said the ships will beef up the Philippines’ sea defenses and will likely patrol the West Philippine Sea and Philippine Rise.

“Having frigates used to be just a dream,” said Elefante, who read the prepared speech of Defense Secretary Delfin Lorenzana who was not present at the event.

“The frigates we are acquiring will serve as a shining symbol of our people who come from a proud race of seafarers and boost our ability to defend our seas and territories,” he added.

The frigate acquisition project of the Philippine Navy attracted attention late 2017 after then Navy chief Vice Adm. Ronald Joseph Mercado was sacked for pushing for a certain brand of combat management systems for the frigates (CMS).

The Malacanang allegedly intervened in the selection of the CMS, prompting the Senate and House of Representatives to investigate into the matter. President Rodrigo Duterte later revealed that he acted on a complaint by HHI.

Speaking to reporters at the HHI headquarters in Seoul on Tuesday, chief executive officer and president Sam Ka denied endorsing the selection of the CMS, saying they did not have influence to do such.

“We are not so strong, not so much impression, so we can’t have many friends so we can’t approach your government. I think when you do any kind of business activities, we try to follow the official channels, which means that it should have been done according to your acquisitions or modernization programs,” he said.

“As far as I understand there were two vendors in the maker’s list for the CMS system. We also understand that there were some cases in the Korean Navy the system was supplied and it was proved to be very good system and good quality. So according to the contractor we have dual vendor, we just recommended Hanwha to the clients in the Philippine side,” he added. (Editor: Julie Espinosa)