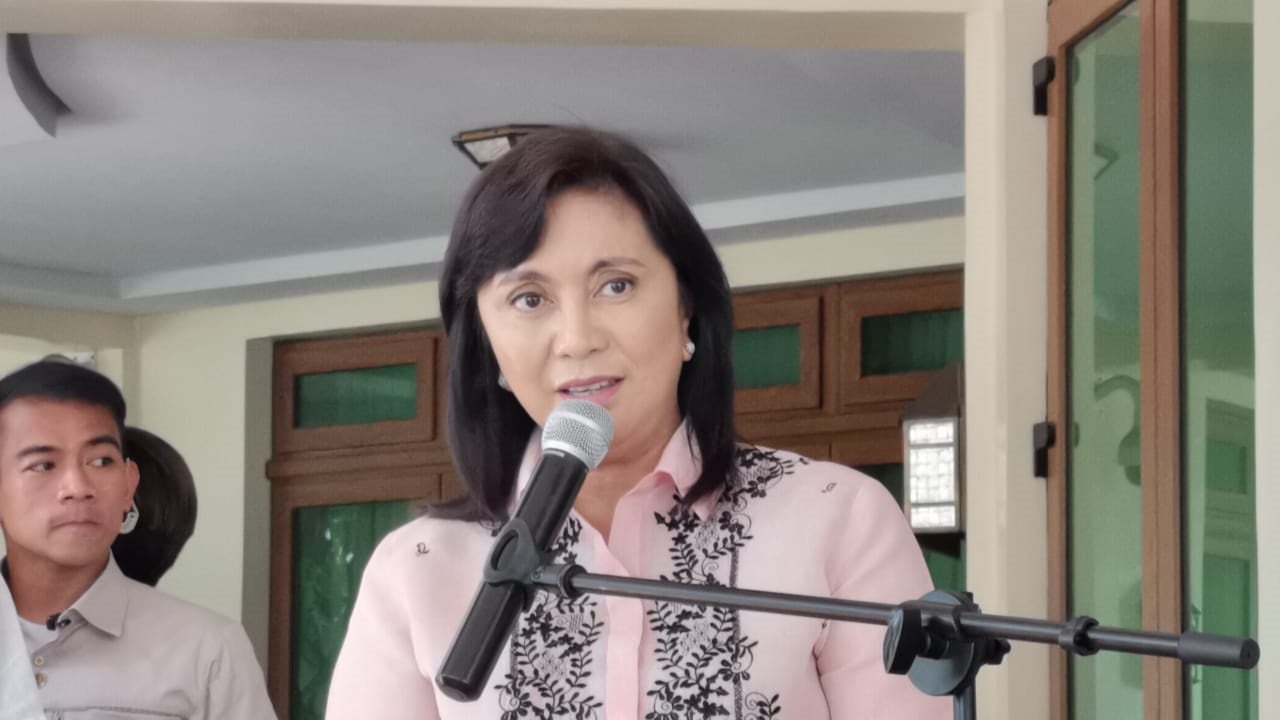 Vice President Leni Robredo speaks to media to deny ever knowing or meeting Peter Joemel Advincula, who claims to be the ‘Bikoy’ in the ‘Ang Totoong Narcolist’ videos. INQUIRER.NET / KATRINA HALLARE

MANILA, Philippines — Vice President Leni Robredo on Thursday said that she never met Peter Joemel Advincula, who claims to be the “Bikoy” in the “Ang Totoong Narcolist” videos.

Robredo issued the statement after Advincula faced media in Camp Crame a few hours earlier and retracted all the claims he purportedly made in viral videos that accused family members and close friends of President Rodrigo Duterte of involvement in illegal drugs.

After the turnaround, Advincula accused members of the Liberal Party (LP) and Senator Antonio Trillanes of orchestrating the videos, which he called “lies.”

At one point, he claimed that he once “saw” Robredo “come by” Ateneo de Manila, one of the places where he allegedly met members of the LP while planning destabilization moves against Duterte.

He said he did not talk to or get close to the Vice President.

Robredo said the first time she heard of Advincula was during his press conference at the Integrated Bar of the Philippines.

Wanting to clear the opposition party’s name, she said, “I can speak for the party: Wala kaming kinalaman dito sa Bikoy issue.”

Earlier, after the Bikoy videos came out and claimed Duterte’s family and friends were into the drug trade, Robredo thought of seeking protection for the “whistleblower.”

She asked if Bikoy could be admitted to the Witness Protection Program while criminal allegations against Duterte’s kin, who included the President’s 13-year-old daughter, were investigated. (Editor: Cenon B. Bibe Jr.)

READ: Robredo: Can Bikoy be admitted into witness protection program?