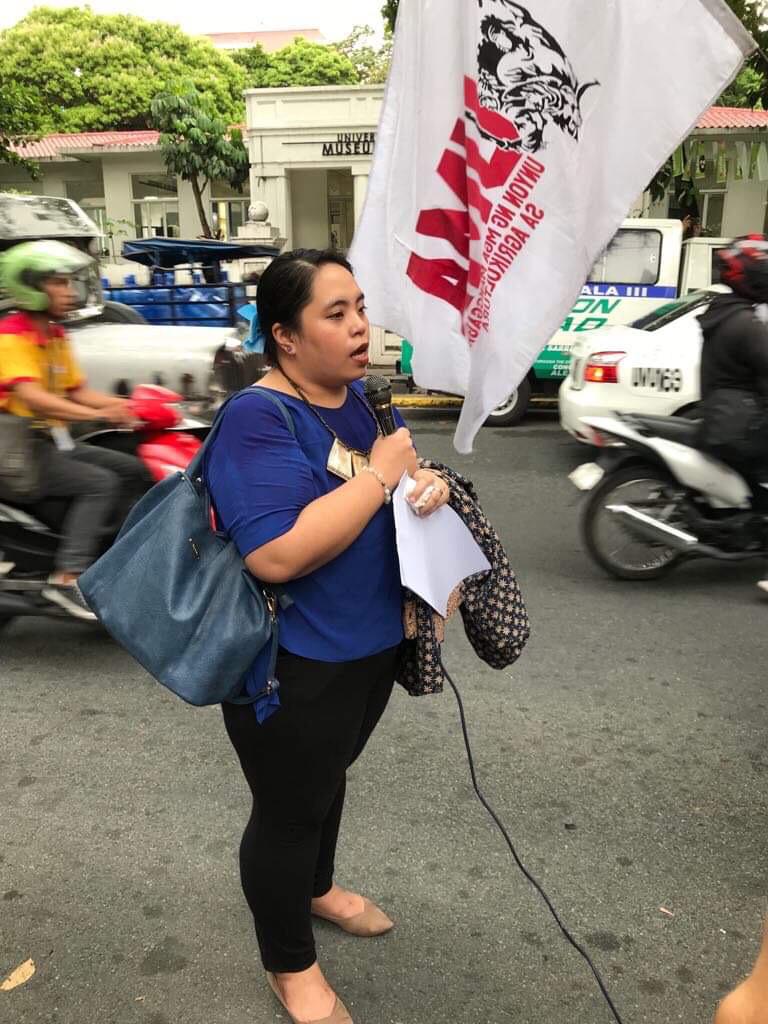 Atty. Katherine Panguban of NUPL at the Department of Justice (DOJ) where she submitted her response to the allegation that she had kidnapped a 14-year-old survivor of the Sagay massacre. Photo from NUPL

MANILA, Philippines–A lawyer from the National Union of People’s Lawyers (NUPL) on Wednesday asked the Department of Justice to dismiss the criminal complaint filed against her for taking a male teenager identified by police as a key witness in the 2018 Sagay City massacre.

Atty. Katherine A. Panguban of NUPL submitted her counter-affidavit to the Department of Justice (DOJ) in response to the kidnapping and serious illegal detention filed against her by the father of the 14-year old survivor and witness to the massacre.

Panguban said it is not true that she took the teenager and his mother and held them against their will.

She said the mother sought the help of NUPL and human rights group Karapatan to get her son who was taken under the custody of the Sagay City Social Welfare and Development (CSWD) office.

The boy was taken to the CSWD after the massacre because his mother was away. The mother asked her estranged husband of 10 years to get their son out of the CSWD. The father claimed that he did as he was asked but when the mother returned to Sagay, she discovered that her son had remained with the CSWD.

Panguban said her organization helped the mother get her son which she was able to do so after executing a “turn over agreement.”

The lawyer added that they also learned that the 14-year-old massacre survivor had signed an affidavit before a prosecutor. After checking with the prosecutor, they found out that the affidavit was with the police.

She added the mother even held a press conference at the Commission on Human Rights (CHR) to clarify that she and her son were not abducted and was not detained. The video of the press conference was part of the evidence submitted to the DOJ.

“In sum, the absolutely baseless and, thus, malicious, conclusion of an estranged father who has not seen his son for the past 10 years, when counter-referenced with the sworn and public statements of his estranged partner and son who are my alleged victims, simply cannot stand,” she said.

“The foregoing considered, I pray that the instant complaint be dismissed,” she added.

On the night of Oct. 20, 2018, nine members of the National Federation of Sugar Workers (NFSW) were killed by still unidentified suspects inside Hacienda Nene in Sagay City, Negros Occidental. (Editor: Mike U. Frialde)