LIPA CITY, Philippines – A security guard has been charged for the rape and killing of a De La Salle Lipa student in Lipa City, Batangas. 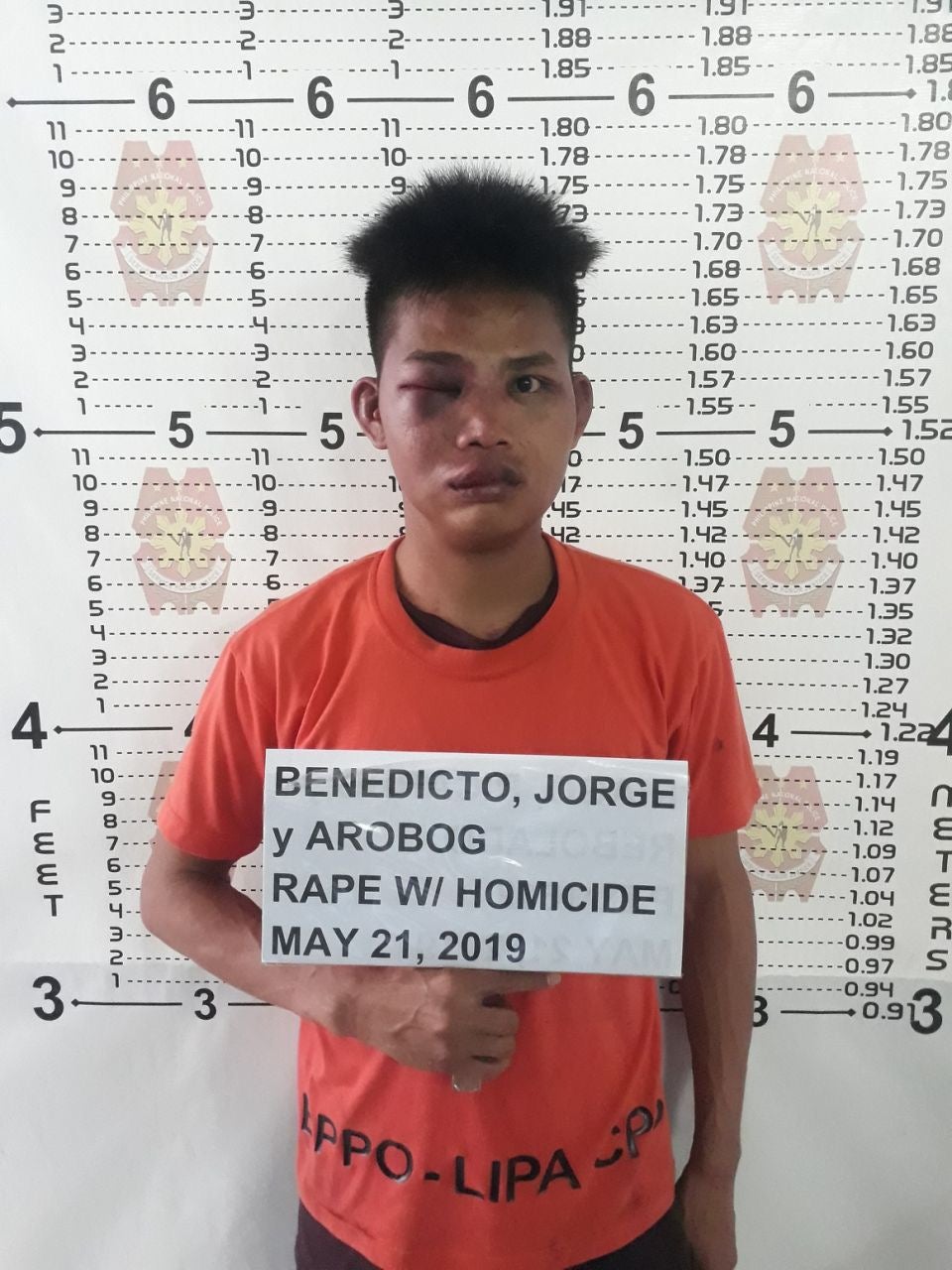 Jorge Benedicto, a security guard, who was charged for the rape and killing of a De La Salle Lipa student in Lipa City, Batangas.
Photo from Batangas PNP

Police said Benedicto was the security guard in the subdivision where the victim, Fidex Therese Maranan, 21, had lived.

A report from the Batangas police said Benedicto was arrested around 5 p.m. Tuesday in Oriental Mindoro.

Quilates had declined to give further details on Benedicto’s arrest until a press briefing on Thursday.

Maranan, a fourth year student of De La Salle Lipa, was found dead on May 17 in her home at Miracle Heights Subdivision in Barangay Antipolo del Norte in Lipa City.

A relative found her body covered with a blanket on the bedroom floor.

Autopsy showed that the victim  was hit in the head and stabbed in the neck. The victim was also sexually assaulted, said police.  (Editor: Mike U. Frialde)