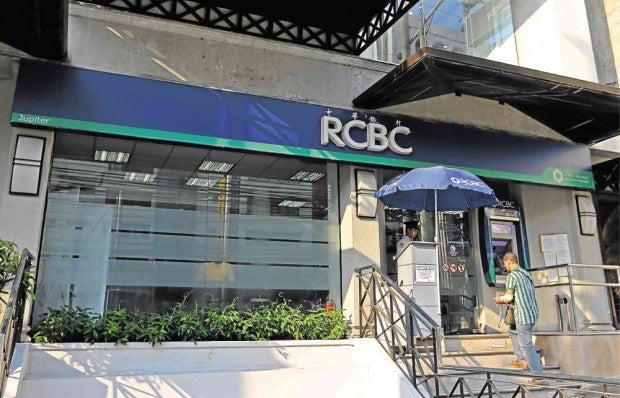 MANILA, Philippines – The Department of Justice (DOJ) has filed a money laundering case against officials of Rizal Commercial Banking Corporation (RCBC) in connection with the $81-million stolen by hackers from the Bank of Bangladesh in 2016.

“The resolution found the five officers of the RCBC Retail Banking Group remiss in their duties and thereby facilitated the offense of money laundering,” Justice Undersecretary and DOJ Spokesperson Markk Perete said.

The DOJ resolution noted that the officers allowed the transactions to push through even if “the red flags were all over.”

The DOJ agreed with the Anti-Money Laundering Council (AMLC) that the “willful blindness doctrine” applied to this case.

Citing Supreme Court jurisprudence, the resolution defined the “willful blindness doctrine” as “the deliberate avoidance or knowledge of a crime, especially by failing to make a reasonable inquiry about suspected wrongdoing, despite being aware that it is highly probable.”

“There is no better way to describe the acts of respondents than this,” read the resolution adding that with the notices received on the possible fraudulent transfer of huge sums of money, the respondents should have taken an investigation.

“By the very nature of their work in handling millions of pesos in daily transactions, the degree of responsibility, care and trustworthiness expected of bank employees and officials are greater than those of ordinary clerks and employees.”

“Their complacent attitude in handling the suspicious remittances is unacceptable and rocked the integrity of our banking system,” stated the resolution.

Sought for comment, RCBC’s Legal Counsel, Atty. Thea Daep said “we are confident that they will be vindicated since our investigation, conducted by independent third parties, concluded they had no knowledge about the alleged money laundering activity at all.”

“We expect the complaint to be dismissed consequently,” she added.

Makati RTC Branch 149 Judge Cesar Untalan imposed a penalty of up to seven years imprisonment for each count.

She was also required to pay not more than 200 percent of the value of the laundered amount or almost $110-million. (Editor: Cenon B. Bibe Jr.)