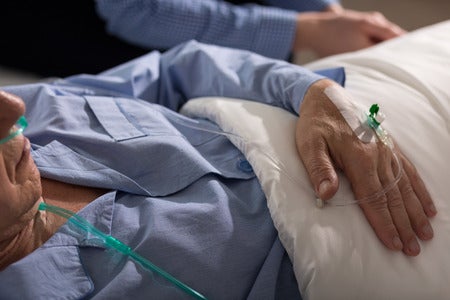 The kind act of a firefighter from Minnesota, United States has come full circle after the mother he helped two years ago gave him her kidney.

Bill Cox, who used to be a volunteer firefighter, was the first to respond to Becca Bundy’s frantic calls when her 1-year-old Hadley suffered from a seizure two years ago, as per KARE 11 on May 19. The emergency, which happened back in 2017, saw the 66-year-old Bill promptly come to the mother’s aid.

This time, it was Bundy who came to Cox’s aid. She paid her gratitude forward when she spotted him last 2018 wearing a shirt that asked for a kidney donor while tending a bar.

“I couldn’t get it out of my head,” Bundy said in the report. “I just said, ‘I’m the one and I know it.’ I thought that was a way I could certainly say thank you.”

Tests showed Bundy was indeed a match, as per the report. Bundy’s kidney was transplanted to Cox months later in February 2019. Today, Cox is free from dialysis and is enjoying retirement with his wife Terry.

He only has one thing to call Bundy: an angel. Bundy, meanwhile, expressed the experience has budded into a friendship between the two.

“I feel pretty blessed to be chosen to be on this journey with him,” she was quoted as saying. “It is that lifetime bond that will never go away.”

Cox and his wife have no grandchildren of their own, but these days, their refrigerator is adorned with drawings from Bundy’s children. Cody Cepeda/JB