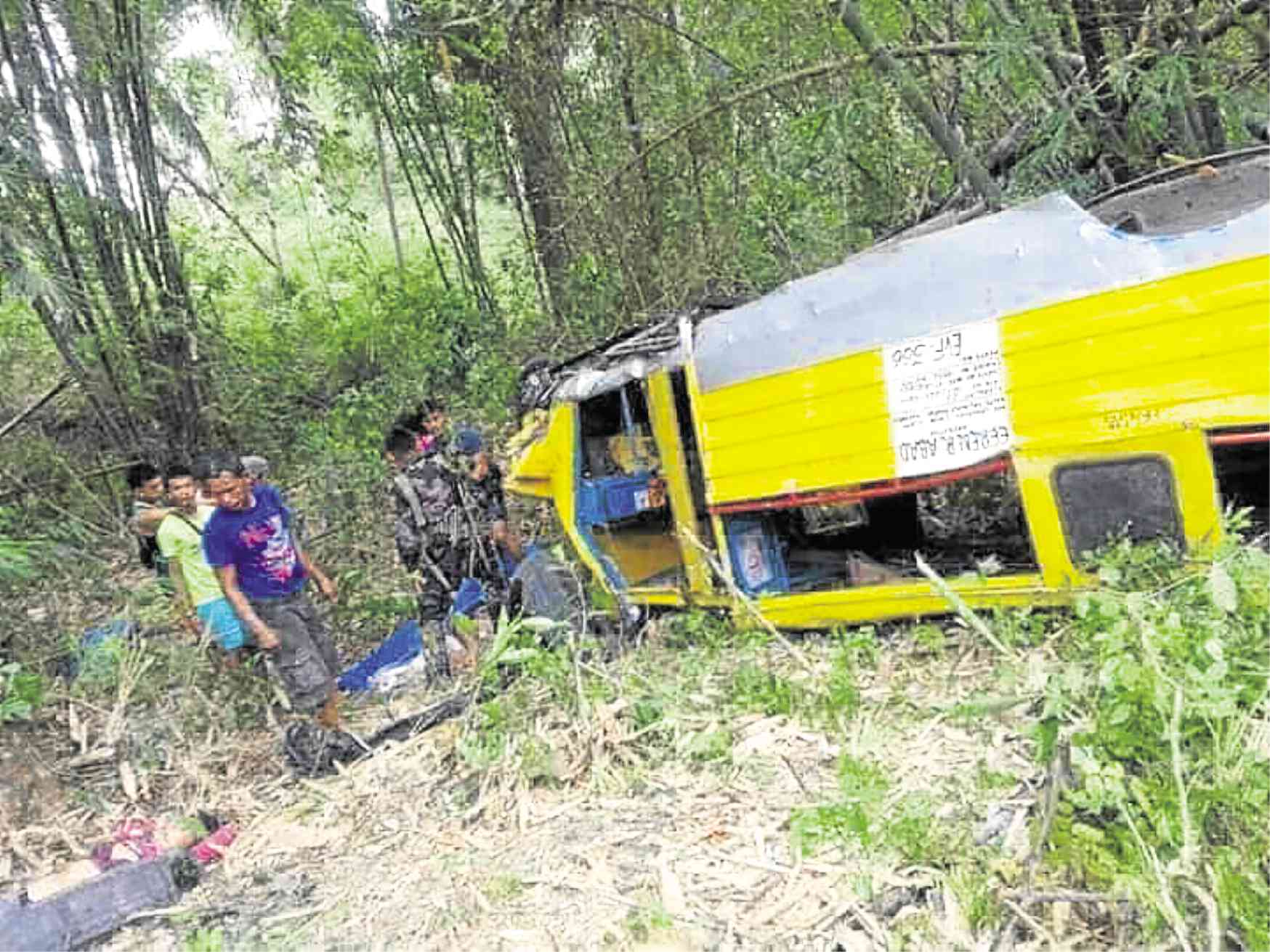 LEGAZPI CITY, ALBAY, Philippines — Six people died while 18 others were injured when their jeepney fell into a ravine in Libon town, Albay province, on Tuesday, police said.

Maj. Maria Luisa Calubaquib, spokesperson for the Bicol Police Regional Office, said the jeepney was carrying 30 passengers and was headed to the town center when its driver, Rolando Olade, lost control of the steering wheel after the vehicle’s brake system malfunctioned.

The jeepney, Calubaquib said, was negotiating a curve in Barangay San Jose at 3 p.m. when the accident happened. Olade fled after the crash.

Six passengers died instantly after the jeepney fell into a 30-meter deep ravine. The injured passengers were taken to the Pantao District Hospital. Police had yet to identify the victims. —Michael B. Jaucian