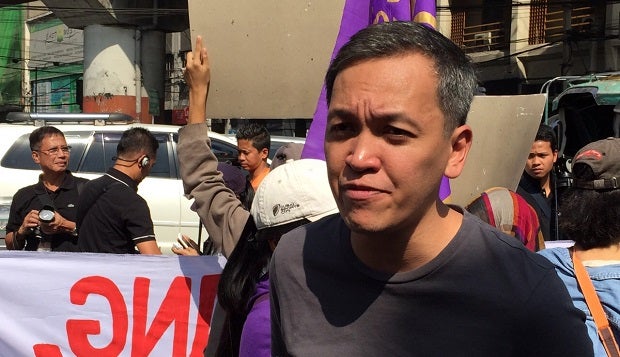 MANILA, Philippines — Bagong Alyansang Makabayan (Bayan), one of the groups that petitioned against Manila Water for large-scale service interruptions last March, has welcomed the rebates for the water concessionaire’s affected customers.

However, these are still not enough to compensate for the problems that consumers faced, according to Secretary General Renato Reyes.

“We welcome the rebates for consumers of Manila Water, including the waiver of 10 cu/meters for all customers and an additional rebate of P2,197 for severely affected customers,” Reyes said in a message to reporters.

“The P534 million in penalties is good for the period of March to May. However, the water crisis continues for many consumers and additional penalties against Manila Water should still be considered,” he added.

Earlier, the Regulatory Office of the Metropolitan Waterworks and Sewerage System (MWSS-RO) said that severely-affected customers would be rebated P2,197.94, which will be deducted from their monthly bill starting June.

The minimum charge for the first 10 cubic meters will be also be removed for the June billing, aside from Manila Water’s self-imposed bill waiver for April.

Despite these, Bayan still sees the need for a public hearing to discuss other measures where Manila Water may be held liable for the water mess.

“Up to now, a proper public hearing has not been set by MWSS to determine the full extent of the impact of the water crisis and if the imposed penalties are enough to cover the injuries sustained by many Manila Water customers,” Reyes explained.

“The MWSS should disclose how it arrived at the number of severely affected consumers along with mechanisms to ensure that there will be no exclusions among those severely affected,” he noted.

After numerous reports of water interruptions in the east concession zone last March, Bayan and party-list group Bayan Muna lodged complaints before the MWSS-RO, asking the removal of the minimum charge.

They also sought the suspension of impending rate hikes until a review of the company’s performance. (Editor: Cenon B. Bibe Jr.)