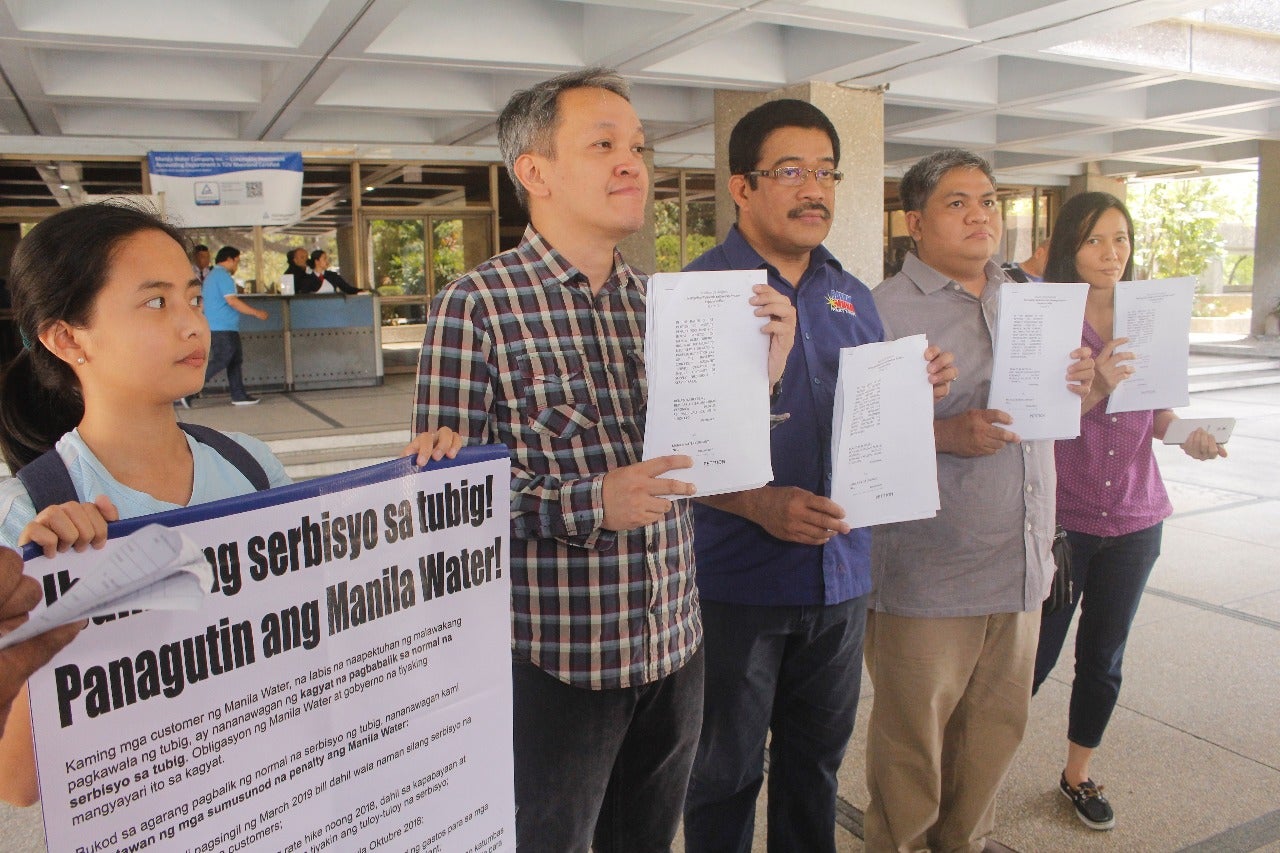 MANILA, Philippines — A petition seeking the imposition of penalties against Manila Water Company Inc. was filed by consumers before the Manila Waterworks and Sewerage System (MWSS) on Monday.

“Order Manila Water Company Inc. to implement a general rebate for all MWC accounts covering the average reasonable cost for the unexpected, emergency purchase of incidentals (i.e. water drum, water pail, among others) due to the continuing period of service interruption,” the petition said.

Also, the petitioners are asking MWSS to suspend any rate hikes until a thorough performance review of Manila Water, aside from waiving its P83.14 minimum charge for all affected accounts.

“Order Manila Water Company Inc. to implement a waiver of the P83.14 minimum charge for all MWC accounts which experienced water service interruptions and consumed 10 cubic meters or less per month,” the petitioners noted.

“Undertake a review of the approved rate hike and SUSPEND its implementation until a thorough performance review of Manila Water Inc. has been conducted by the MWSS,” they added.

Interruptions persisted for several weeks this March in some areas, with Manila Water blaming plunging water levels at the La Mesa Dam.  The water concessionaire’s management told authorities that the water situation may normalize by May or early August in some areas.

READ: Manila Water: Shortage may be over before summer’s end

However, critics of the current administration have been wary of it, saying the situation is being used to push the project which allegedly contains lopsided provisions that favor China.