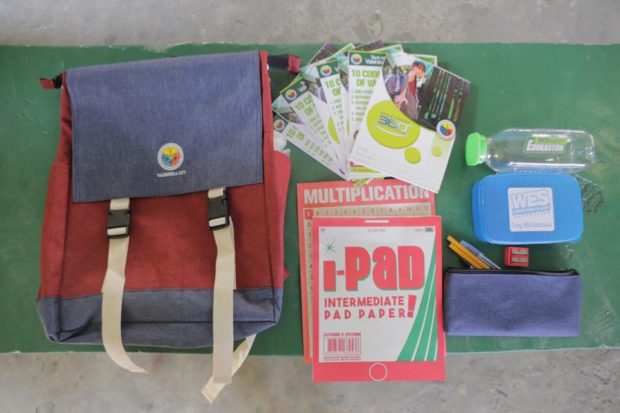 MANILA, Philippines — A citywide “Balik Eskwela” initiative of the Valenzuela City governments aims to give free school supplies to all its public school students for the upcoming academic year.

The annual drive is among the multiple projects that comprise the city’s “Education 360 Degrees Investment Program” led by Valenzuela Mayor Rexlon “Rex” Gatchalian, where a rough estimate of over 85,000 kindergarten and elementary pupils from public schools are the expected recipients.

In 2014, Gatchalian allocated a P300-million budget in Valenzuela as he planned to solve the problem and improve the quality of public education in the city, and he also revealed his “360-degree” education investment program. 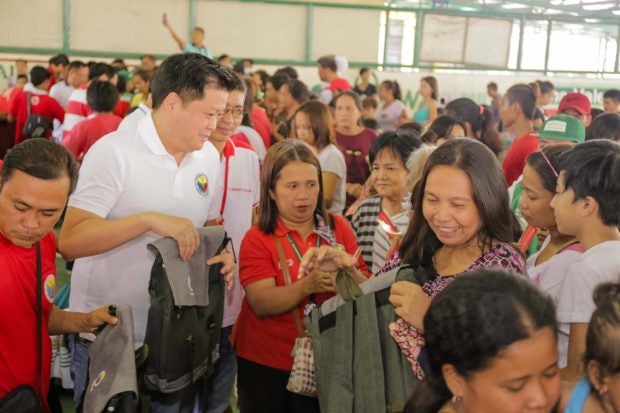 This year, the city government will provide each student a backpack containing textbooks, notebooks, and other school supplies such as multiplication tables, pencil case with ballpens, pencils, sharpeners and erasers.

According to Rodrigo de Guzman of the Valenzuela City Public Information Office, their team was joined by Mayor Gatchalian, Vice Mayor Lorie Natividad-Borja, Rep. Wes Gatchalian, and other city-elected officials who distributed a total of 8,358 school supplies to the kindergarten and elementary pupils from different barangays in the first district of Valenzuela last Saturday, May 18.

On Sunday, May 19, the City Social Welfare and Development Office of Valenzuela recorded a total of 6,843 students from the 2nd District who were able to receive the packages.

De Guzman told INQUIRER.net that they still had two more days to distribute the educational kits, particularly on Tuesday, May 21, when they are expecting 10,964 pupils to attend from the 1st District. The last day of distribution will be on Wednesday, May 22, when 3,049 pupils from the 2nd District are expected to be given supplies.

The “360-degree” education investment program is a holistic, systemic, community-driven and student-centric program of the city government of Valenzuela, which officials claim to have given life to its public education system.

The program does not solely focus on hardware or on the city’s infrastructure development, but also on other aspects that particularly influence children’s access to sustainable education, to enhance their learning performance. 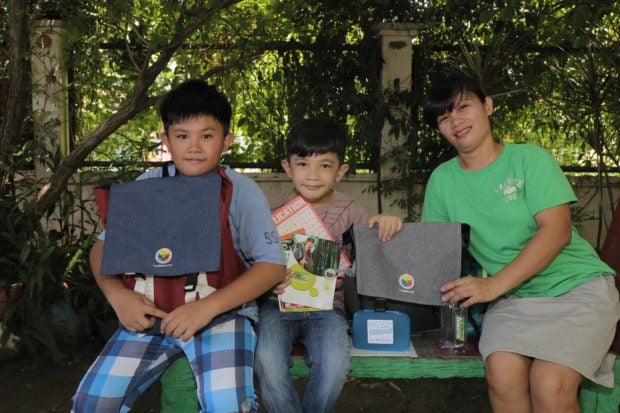 These public school students together with their mom are in all smile as they received free ‘Balik Eskwela 2019’ supplies from Valenzuela City government. Image: Rodrigo de Guzman/Valenzuela City PIO

Through the initiative, parents were made to realize their roles as an integral part of their children’s education, because they are not merely financial providers. This outlook has supported the students to be more active and to participate more, while the parents get to know more of what their children are going through in school.

Through the years, since the program’s implementation, the program has been recognized and awarded as one of the Ten Outstanding Programs in Local Governance by the Galing Pook Foundation. JB