Senators ‘lukewarm’ on sin tax bill due to vetoed measures 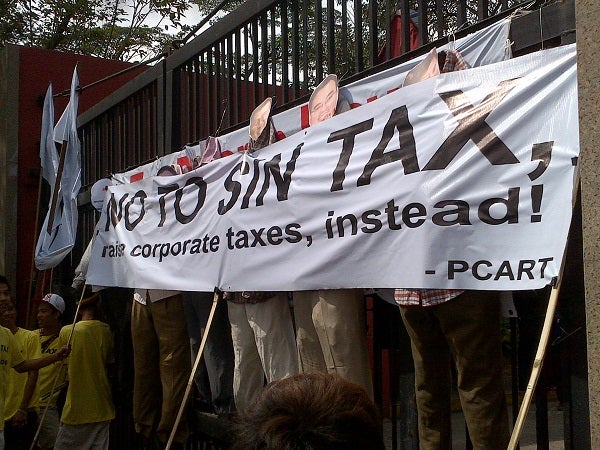 MANILA, Philippines — The bill that seeks to raise the excise tax on tobacco products may have a rough time in the upper chamber, Senate leaders admitted on Monday.

Aside from time constraints, Sotto also noted that there are still many questions on the bill, which remains pending on the Senate committee on ways and means.

Congress only has nine session days before it adjourns sine die on June 7.

Aside from questions on the bill and the lack of time to approve it, Sotto disclosed that some senators lamented the President’s veto of some measures pushed by the Department of Finance (DOF).

He said there are about six of seven administration-backed measures that were vetoed by President Rodrigo Duterte, including the coconut levy bill and the measure that seeks to expand the powers of the Office of the Solicitor General.

Despite this, Zubiri said the Senate would still deliberate on the sin tax bill but there is no assurance it would be approved by the upper chamber.

“There was a little support. There was lukewarm support,” Zubiri said.

Reminded that the President had certified it as a priority measure, the Majority Leader quipped: “Akala ko hindi rubber-stamp ang Senate…”