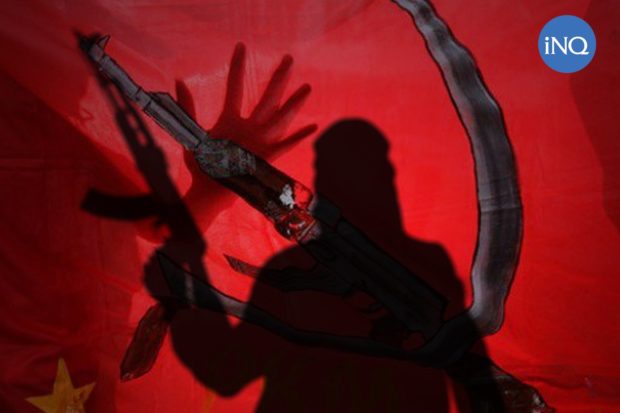 BUTUAN CITY– At least four members of the New People’s Army (NPA) were killed in an encounter with soldiers of the 36th Infantry Battalion in the town of Carmen, Surigao del Sur at 1 pm on Sunday.

Capt. Francisco P. Garello Jr., Civil Military Operations (CMO) officer of the 402nd Infantry Brigade, said three young insurgents were killed on the spot during the firefight that lasted about 15 minutes in the interior village of Cancavan in Carmen town, while another one was still alive when rushed to a nearby hospital.

The latter, however, was declared dead upon arrival at the Madrid District Hospital in nearby Madrid town, Surigao del Sur, Garello said.

He said the wounded rebel had identified himself to the troops as Gaelan P. Jimenez alias Jareb, 24, a resident of Barangay Adlay in neighboring Carrascal town but his mother later said his real name was Dylan Ghem Padilla Jimenez, 18, who left his family in October last year when he was still 17.

Garello said Dylan only proved that the NPA had been recruiting minors to join their armed struggle. He said the 36th IB troops gave Jimenez some first aid treatment before rushing him to the hospital, where he expired.

“Sadly they were caught by surprise while taking a rest and cooking their meal,” she said. “The rest of our comrades withdrew with no choice but to leave behind their fallen (comrades) as they were overwhelmed by the situation,” said Sidlakan.

But Sidlakan dismissed the military’s claim that Jimenez joined the NPA as a minor.