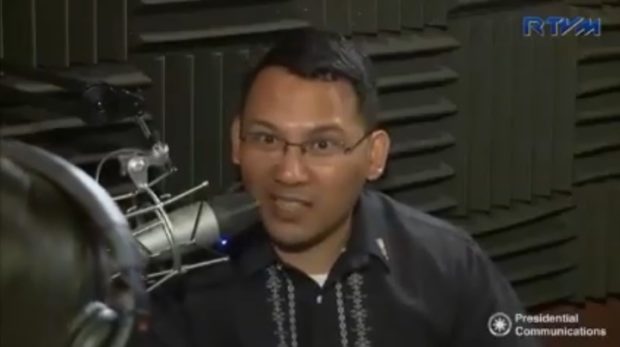 MANILA, Philippines — National Youth Commission (NYC) chairman Ronald Cardema has hit back at detractors for carping against his petition to substitute as first nominee of Duterte Youth party-list, practically calling them a bitter lot for losing in the elections.

“Elago is spreading the fake news that we filed for substitution late last May 16 (Thursday) but we already filed it even before election day,” he said in a statement posted Monday on his Facebook account.

PRESS RELEASE (May 20, 2019)DUTERTE YOUTH: ELAGO & KONTRA DAYA, NPA-ALLIES WHO ARE JUST BITTER WITH THE ELECTION…

On the eve of May 13, Election Day, Cardema filed a petition for substitution as party-list nominee of the Duterte Youth. He asked to replace his wife, Ducielle Marie Suarez Cardema, as first nominee of the pro-administration group.

It was also revealed that all nominees of Duterte Youth have withdrawn.

Former NYC chairman Dingdong Dantes also sought for Cardema’s explanation of his motive as well as the reason behind the withdrawal of all nominees of Duterte Youth.

Elago earlier slammed Cardema, saying he could have used NYC resources in campaigning for his party-list group.

She then cited Commission on Elections (Comelec) guidelines on substitutions, which said that nominees can only be substituted in the case of death, withdrawal of nomination, and incapacity.

The lawmaker also noted that substitution by withdrawal cannot be made after the election.

Just got news that NYC Chair Cardema filed today an application for substitution of nominee for Duterte Youth Partylist,…

But Comelec Director Frances Arabe clarified Cardema filed the petition for substitution on May 12.

“Kontra Daya is led by Makabayan Bloc Member Danny Arao who is not a watchdog but an attack dog of the leftist party-lists towards other party-lists,” Cardema said.

Cardema then defended members of Duterte Youth after photos of supposed oath-taking of its members – seemingly aged 40 and above – surfaced on social media.

He said despite the word “youth” in their group’s name, there is no age limit for individuals who want to be members of Duterte Youth.

Section 9 of Republic Act 7941 or the Party-List System Act says nominees from the youth sector must be at least 25 years old but not older than 30 years old on the day of the elections. Cardema is reportedly 33 years old as of May 13.

Cardema, nevertheless, insisted: “Duterte Youth Party-list is registered in the Comelec to advocate for the Youth & Professionals sectors and under the latter category, there is no age limit.”

“We have filed all the proper documents for substitution on time and we are qualified to represent the Duterte Youth Party-List & the Filipino People who voted for us, inside the Philippine Congress,” he also said.

According to partial and unofficial count from the Parish Pastoral Council for Responsible Voting (PPCRV) transparency server, Duterte Youth has 346,665 votes or 1.26 percent of total votes cast in the midterm polls as of 5 p.m. Monday.

READ: HOW IT WORKS: Party-list seat allocation in the House

Read Next
Asian Americans push for Smithsonian gallery of their own
EDITORS' PICK
WHO says monkeypox is not yet a health emergency
Guarding Sara: Why next VP is getting own security team
House energy committee chair Arroyo bats for cheap electricity
A massive highway complex makes living in the South highly attractive
Metro Manila logged most number of new COVID-19 cases — OCTA Research
Beyond the Chocolate Hills: A farm-to-table, heritage culinary adventure of Bohol
MOST READ
Leon Barretto steps up for sisters, asks dad Dennis Padilla: ‘Please stop resorting to public shaming’
LOOK: Rita Daniela pregnant with first child
Bea Alonzo, under lie detector test, says she wants prenup agreement with future husband
Marjorie Barretto to speak up on Dennis Padilla, kids’ relationship ‘in time’
Don't miss out on the latest news and information.