HOW IT WORKS: Party-list seat allocation in the House 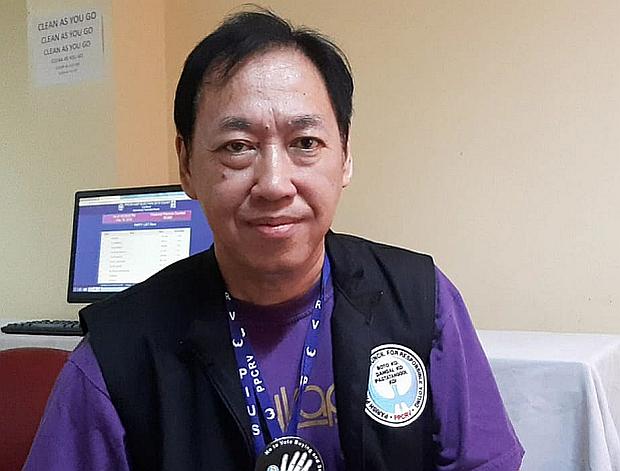 Dr. Arwin Serrano, board member of the Parish Pastoral Council for Responsible Voting (PPCRV), explains how party-list seats are allocated in the House of Representatives. (Photo by NEIL ARWIN MERCADO / INQUIRER.net)

MANILA, Philippines — Unlike the senatorial race where the top 12 vote-getters can easily be proclaimed as the winners, determining successful party-list groups in elections is more complicated than simply determining the rankings.

Dr. Arwin Serrano, board member of the Parish Pastoral Council for Responsible Voting (PPCRV), explained that party-lists were originally designed to represent those in the marginalized sectors in the House of Representatives.

“Each particular party-list can only get a maximum of three seats. So if that party-list group gets a really large number of votes, automatically that group would be getting three seats,” Serrano, speaking partly in Filipino, said in an interview with INQUIRER.net.

How are the number of seat determined?

Getting the maximum number of seats for party-list groups, which is three, is not guaranteed.

To be able to get several party-list seats, a group must be able to garner at least 2 percent of the total number of votes cast.

Those who get more than 2 percent of the votes will be assured of at least one seat.

The seats taken will then be subtracted from the total number of seats available.

Thus, if eight party-list groups were able to secure more than 2 percent of the total votes cast, eight seats will be automatically subtracted from the total number of House of Representatives seats available for party-list groups.

But the seats to be given for every winning party-list group cannot exceed three.

The same formula will be used to determine how many additional seats will be given to other party-list groups that received more than 2 percent of the total votes cast.

“Those in the top 10 can expect to get seats. But I am not saying that 11 to 20 can’t expects seats, as there will still be determination of the last remaining votes,” Serrano said.

Based on the results from the PPCRV transparency server as of 3:09 p.m. on Sunday, the following eight groups had so far garnered more than 2 percent of the total votes:

However, since the maximum number of seats is only three, ACT-CIS will automatically only get two more additional seats.

“They could not get more than three seats,” Serrano stressed. “It has happened before. No matter how high the number of votes, they could only get the maximum number, which is three seats.”

The same formula will be used for the other party-list groups that got more than 2 percent of the votes.

Following are the distribution of the 19 seats secured as of this writing:

What happens to the remaining seats?

With only 19 seats so far secured, 42 more remain unoccupied.

These will be allocated to other groups according to their ranking. Each group will be given one seat.

So those who are low in the ranking would be hoping that few groups will get two or three seats, Serrano said.

He pointed out that no party-list could ever really feel safe unless it had received at least 2 percent of the votes cast.

“You try to get as many votes as you can,” he said.