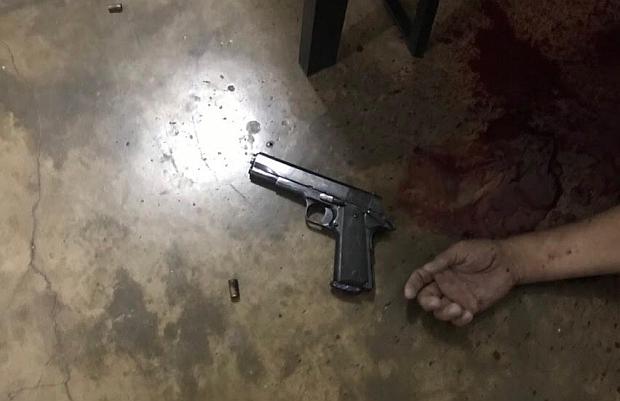 Leodigario Recide, the former chief of Siniloan town’s traffic operations, was killed in a buy-bust operation in Pagsanjan, Laguna on Sunday, May 19, 2019. (Photo from the Laguna Police Provincial Office)

SAN PEDRO CITY, LAGUNA, Philippines — A former traffic chief of Siniloan was killed in a buy-bust operation in Pagsanjan town in Laguna province on Sunday evening.

He said Recide was previously arrested for a drug case but was released on probation after entering into a plea bargain.

On realizing he was dealing with the police, the suspect drew and fired a gun, forcing the authorities to shoot him down.

Recide died on the spot.

Matta said Recide, a native of Siniloan, was the town’s former chief of traffic operations.

He said the suspect would “dispose [about] 50 grams” of crystal meth, or “shabu,” a week under the “protection” of a local official, who Matta declined to name at the moment.

Police said they seized a .45-caliber pistol and a sachet of suspected shabu.