MANILA, Philippines – The Court of Appeals (CA) has affirmed with finality the dismissal from service and perpetual disqualification from holding public office of former Iloilo City Mayor Jed Patrick Mabilog for graft. 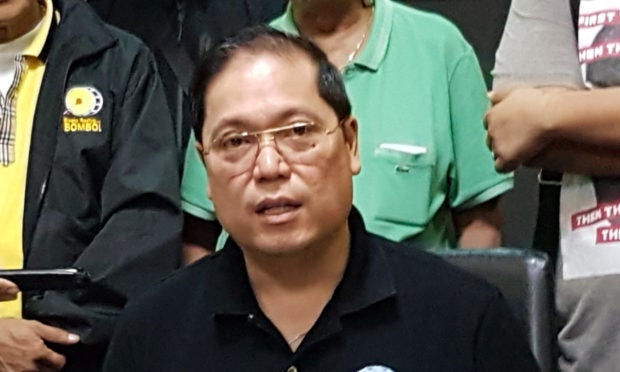 In a resolution, the CAs former special 16th division affirmed its August 2018 ruling dismissing Mabilog’s motion to reverse the Office of the Ombudsman’s decision finding him guilty of grave misconduct, serious dishonesty and conduct prejudicial to the best interest of the service.

“The instant motion has not raised any new or substantial ground or reason that would call for the reversal of our findings. The grounds or issues raised in the motion for reconsideration merely reiterate matters already passed upon by us when we rendered the resolution which is sought to be reconsidered,” the CA said in the resolution penned by Associate Justice Stephen Cruz.

The CA added that Mabilog also filed the wrong mode of appeal, warranting the dismissal of his petition on a technicality.

“In the case at bar, petitioner [Mabilog] clearly availed of a wrong mode of appeal when he opted to file a special civil action for certiorari under Rule 65 of the Rules on Civil Procedure,” it explained.

It added that “appeals from decision of the Office of the Ombudsman in administrative disciplinary cases should be taken to the [CA] under Rule 43 of the 1997 Rules of Civil Procedure. Verily, petitioner has not sufficiently established the existence of any sufficient fact or reason to justify its resort to the extraordinary remedy of certiorari based on grave abuse of discretion,” the CA pointed out.

Mabilog was one of the local officials linked by President Rodrigo Duterte to the illegal drugs trade. He denied the allegations and filed a leave of absence two years ago.

His dismissal stemmed from his alleged P8.98 million unexplained wealth.

In 2018, another dismissal order was issued by the Office of the Ombudsman, this time for purportedly ordering a councilor to set up a dummy company that would tow vehicles violating the city’s ordinance against illegal parking.