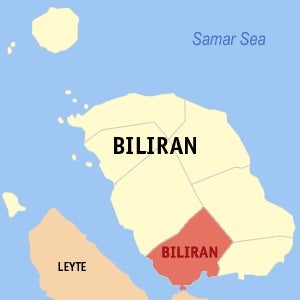 TACLOBAN CITY, Philippines — The Espinases of the island province of Biliran continue their dominance after winning all the positions they contested in the May 13 elections.

Elected governor was outgoing Rep. Rogelio Espina who ran under the Nacionalista Party.

His younger brother, Gov. Gerry Boy Espina was elected congressman for the lone congressional district of the province.

Also among the winners were Brigido Canejas III who won as vice governor as well as all their eight provincial board members.

Except for the town of Cabucgayan, all the winning mayors also belong to the Bando Espina group.

The elected mayor of Cabucgayan was Marisol Masbang whose husband Edwin Masbang was the opponent of Governor-elect Espina.

Among the seven mayors who won was Gerard Espina who was reelected as mayor of Naval—the provincial capital.

The reelected Naval town mayor is the son of Rep. Espina.

The Espinas has ruled the island province of Biliran for more than two decades already since their patriarch, the late Gerardo Espina Sr., was elected as a congressman in 1995.

Governor-elect Espina, in a previous interview, said that among his priorities is to promote the local tourism industry and to encourage more investors to come to the province of Biliran.