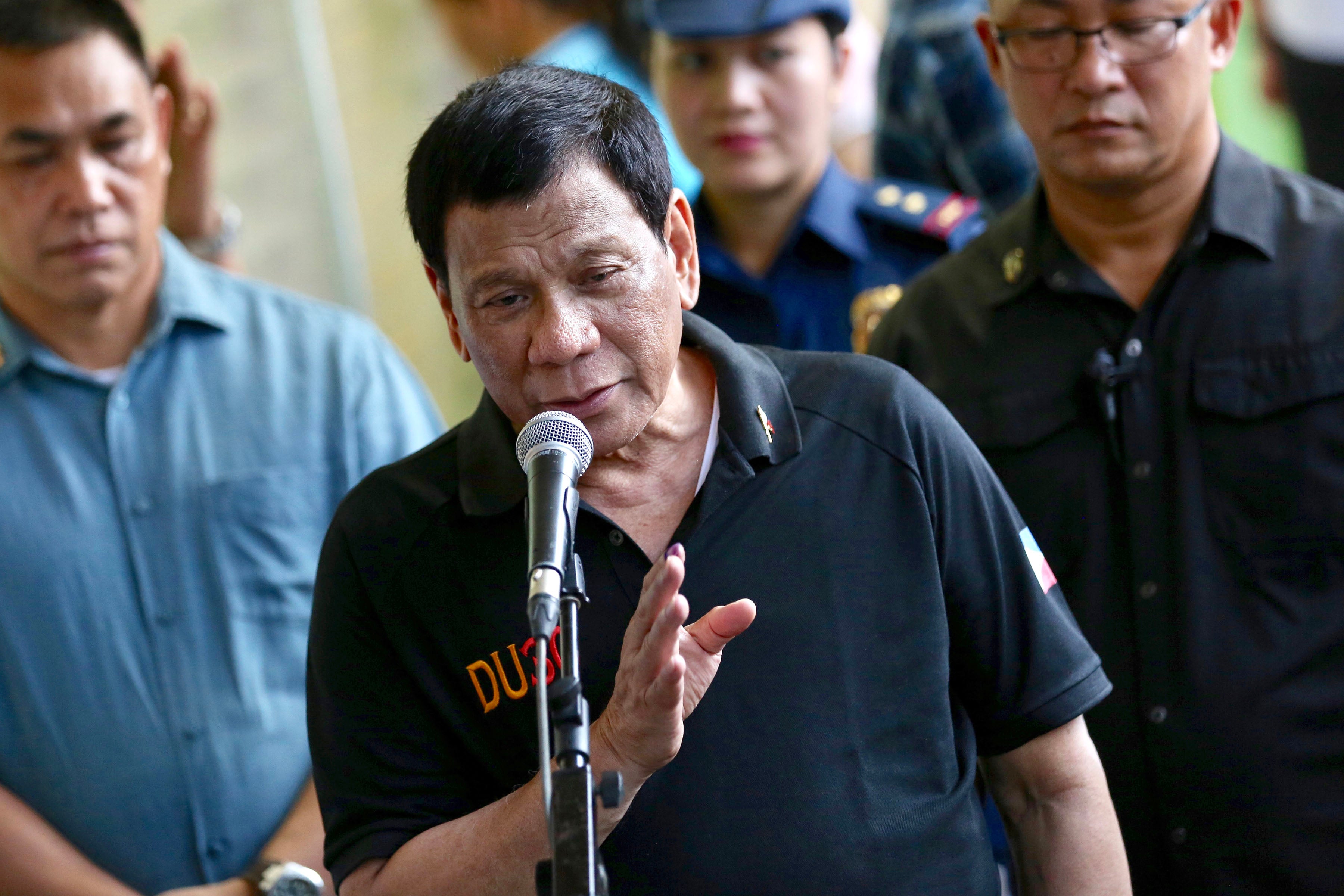 President Rodrigo Roa Duterte answers queries from members of the media after casting his vote for the midterm elections at the Daniel R. Aguinaldo National High School in Davao City on May 13, 2019. RICHARD MADELO/PRESIDENTIAL PHOTO

“He should probably be in his quarters and resting like what I will do in a few minutes. Thanks for understanding,” Medialdea added.

Duterte’s trusted aid Bong Go also said in a text message that it was “not true.”

Capt. Zeerah Blanche Lucrecia, spokesperson of the Presidential Security Group (PSG), also denied the rumors. “As of last night and today, no such incident involving the President took place,” Lucrecia told reporters in a text message.

Speculations have surfaced that Duterte was at the hospital and suffered a cardiac arrest.

Duterte has been out of the public eye for five days now.

He was last seen on May 13, election day, when he cast his vote. (Editor: Julie Espinosa)

Palace on Duterte’s absence: He neither confirms nor denies he went to hospital