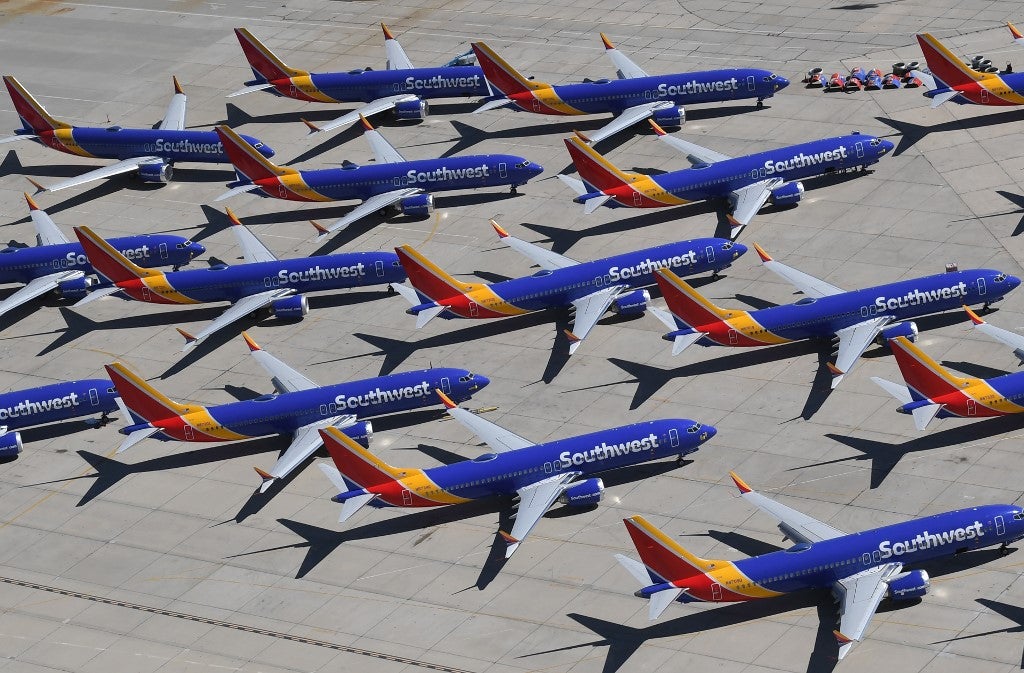 In this file photo taken on March 28, 2019 Southwest Airlines Boeing 737 MAX aircraft are parked on the tarmac after being grounded, at the Southern California Logistics Airport in Victorville, California. (Photo by Mark RALSTON / AFP)

NEW YORK — Boeing acknowledged Saturday it had to correct flaws in its 737 MAX flight simulator software used to train pilots, after two deadly crashes involving the aircraft that killed 346 people.

“Boeing has made corrections to the 737 MAX simulator software and has provided additional information to device operators to ensure that the simulator experience is representative across different flight conditions,” it said in a statement.

The company did not indicate when it first became aware of the problem, and whether it informed regulators.

Its statement marked the first time Boeing acknowledged there was a design flaw in software linked to the 737 MAX, whose MCAS anti-stall software has been blamed in large part for the Ethiopian Airlines tragedy.

According to Boeing, the flight simulator software was incapable of reproducing certain flight conditions similar to those at the time of the Ethiopian Airlines crash in March or the Lion Air crash in October.

The company said the latest “changes will improve the simulation of force loads on the manual trim wheel,” a rarely used manual wheel to control the plane’s angle.

“Boeing is working closely with the device manufacturers and regulators on these changes and improvements, and to ensure that customer training is not disrupted,” it added.

Southwest Airlines, a major 737 MAX customer with 34 of the aircraft in its fleet, told AFP it expected to receive the first simulator “late this year.”

The planes have been grounded around the world, awaiting approval from US and international regulators before they can return to service.