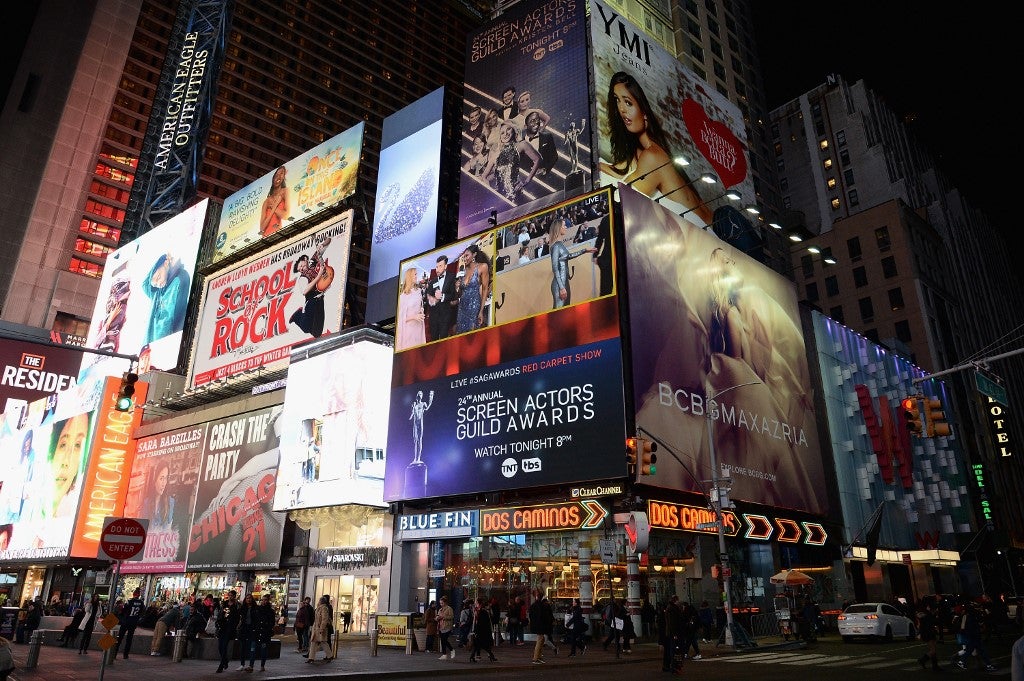 This photo taken on January 21, 2018, shows a general view of digital billboards in Times Square. AFP

Social media users posted images and video showing the blaze burning on one side of the sign as it displayed an ad for SKYY vodka as sponsor of New York’s WorldPride celebrations next month, marking the 50th anniversary of the Stonewall gay rights uprising.

The ad featured drag queen Trixie Mattel. Other ads were also displayed on the billboard until firefighters turned it off.

Mattel tweeted: “1) I’m happy to be in Times Square with @SKYYVodka 2) OMG HELP THEM.

“My Times Square billboard is on fire so some of us have real problems. Omg @SKYYVodka our message of love!” Mattel added.

A New York Fire Department spokesman said there were no injuries and no damage to the building to which the billboard is attached.

The fire was under control at 3:58 pm, he told AFP, adding that it was not clear what started the fire. /cbb