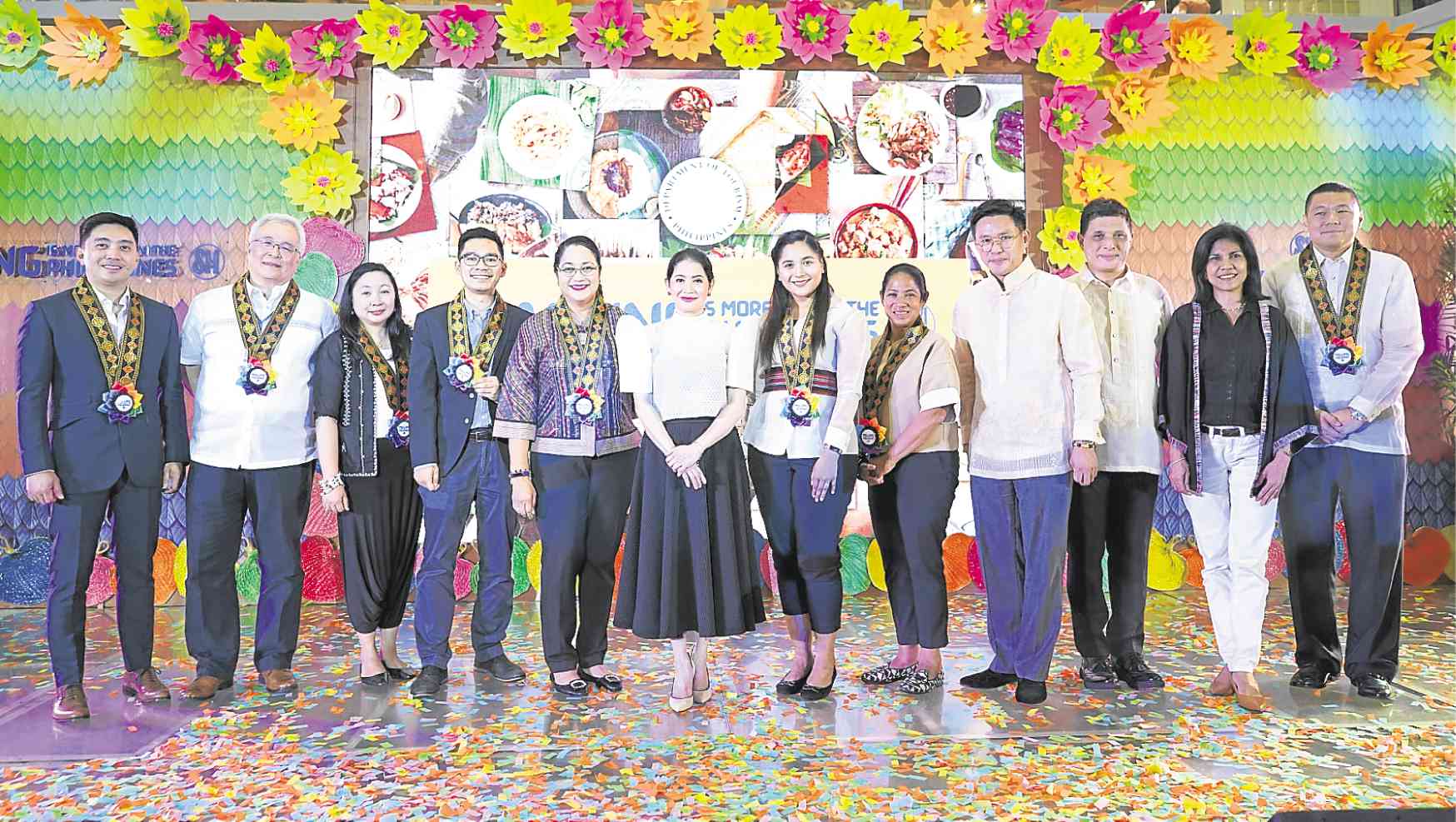 MANILA, Philippines — It was a typical fiesta, with the barong-clad Jollibee mascot welcoming guests at SM Mega Fashion Hall on Friday. Dancers in traditional wear blended seamlessly with musicians playing Filipino instruments and soprano Lara Maigue impressing the crowd with her rendition of the Sylvia La Torre classic, “Sa Kabukiran.”

And what’s a fiesta without food?

The DOT said the drive to build up shopping tourism was simple.  “It’s part of the equation to spur economic growth, create millions of jobs, livelihoods and enterprises, and help the Philippines become a globally recognized quality destination.”

Said SM Supermalls COO Steven Tan during the campaign’s launch on May 17:  “It cannot be denied that malling is more fun here in the Philippines.”

Unlike in other countries where e-commerce is slowly killing brick-and-mortar businesses, Tan said that in the Philippines, people continued to flock to shopping malls because our malling culture is unique.

“Going to our 72 malls is like going to your town plaza. You can shop, watch movies, go bowling or ice skating, and do a lot of other fun activities,”  Tan said.

DOT Secretary Bernadette Romulo-Puyat agreed.  “The shopping experience is a vital component of the tourism industry. In fact, the United Nations World Tourism Organization has stated that shopping is now a determining factor that affects destination choice,” the tourism official said.

“We believe that by diversifying the country’s portfolio to include unique and distinctive shopping destinations, we will improve the travel experience for visitors. Whether it’s in posh shopping districts or the discount havens, there are great deals just waiting to be found in the Philippines,” Puyat said.

She added: “It’s no small feat that SM Supermalls have somewhat defined our cities and helped shape our collective memory. And now that tourist numbers have continued to climb, shopping centers such as SM will hold great influence on the experience that tourists will take away, and on how our visitors from around the globe will perceive us.”

Tan noted that “it is every citizen’s responsibility, not just the government’s, to promote the Philippines. The late Mr. Henry Sy Sr. (the founder of SM Investments) had always believed that when there’s a tourism boom, everyone will benefit, including those from the grassroots.”

Along with their shopping experience, mall goers can get to enjoy the festivities, too, as SM and the DOT hold a series of fairs and fiestas at 32 SM malls nationwide including North Edsa, Megamall, Mall of Asia, Southmall, Fairview, Baguio, Rosales, Pampanga, Marilao, Molino, Legazpi, Cebu, Iloilo and Puerto Princesa.

There will be culinary demos featuring celebrity chefs, regional food fairs and dining deals in participating restaurants, and SM Supermarket Chefs Showdown where renowned chefs, including Myrna Segismundo and Jill Sandique, can show off their skills.

—With a report from Jerome Aning