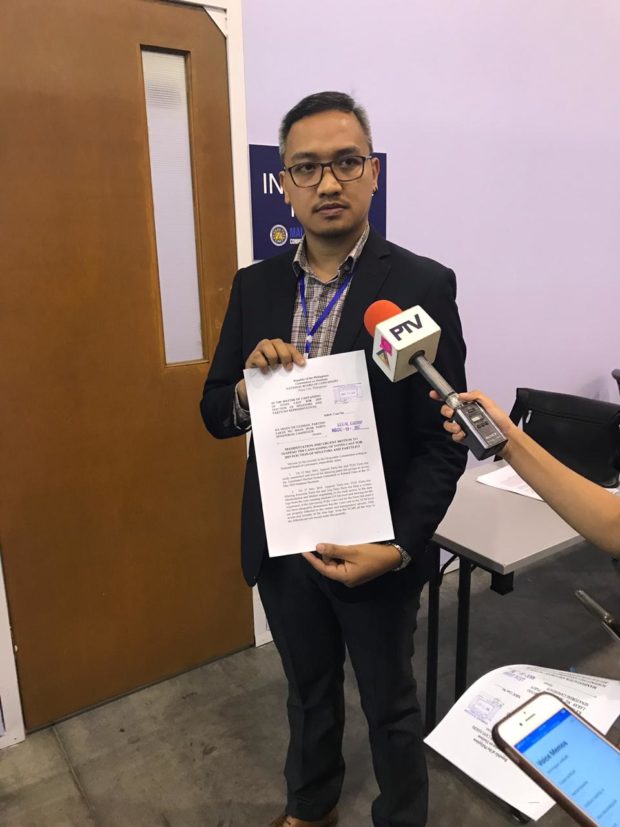 The camp of Labor Win alliance and senatorial bet Leody de Guzman files manifestation and urgent motion to suspend the canvassing of votes in the 2019 midterm polls for senators and party-list groups. INQUIRER.net photo / Consuelo Marquez

MANILA, Philippines — The camp of labor leader and senatorial candidate Leody de Guzman asked the Commission on Elections (Comelec) to suspend the canvassing of votes for senators and party-list following allegations of irregularities and fraud in the 2019 midterm elections. 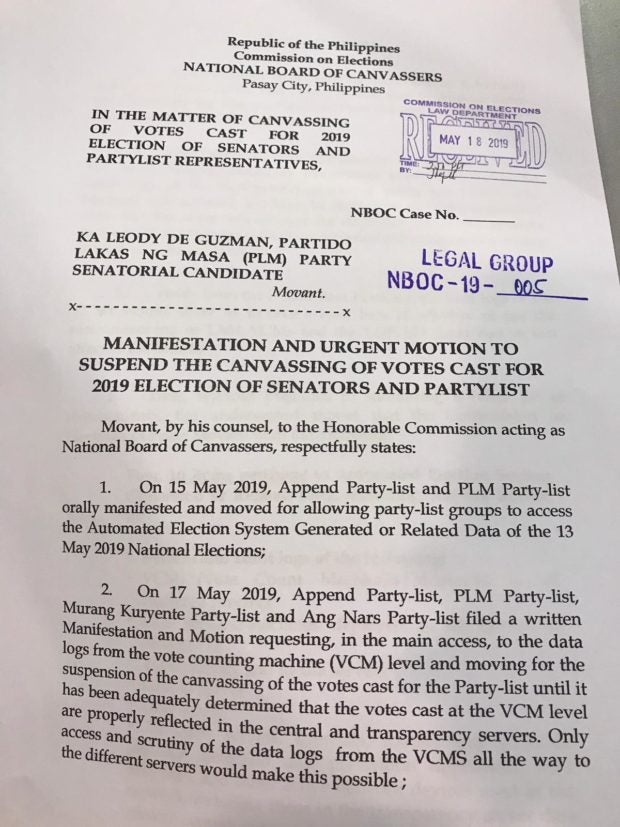 De Guzman also joined party-list groups Append, Partido Lakas ng Masa, Murang Kuryente and Ang Nars in a call to give them access to election data and audit logs from vote-counting machines (VCMs) and servers and to cancel or suspend canvassing and proclamation of winners.

“[De Guzman] respectfully manifests that he is formally joining the Manifestation and Urgent Motion filed by Append Party-list, Murang Kuryente party-list and Ang Nars party-list docketed as NBOC Case No. 003,” read the motion.

So far, the Comelec canvassed 146 Certificates of Canvass or 87.43 percent of the total 167 COCs as of Friday evening.

Meanwhile, Pedrosa said if Comelec, who is sitting as National Board of Canvassers, would still ignore their motion, they will file a motion before the Supreme Court.

“We are ready to take this up to the higher courts, hindi lang kami. May ibang kumakausap na grupo,” Pedrosa told the reporters at the PICC in Pasay City. (Editor: Jonathan P. Vicente)