Ex-FDA chief ‘clueless’ why she was fired, cites fight with syndicates 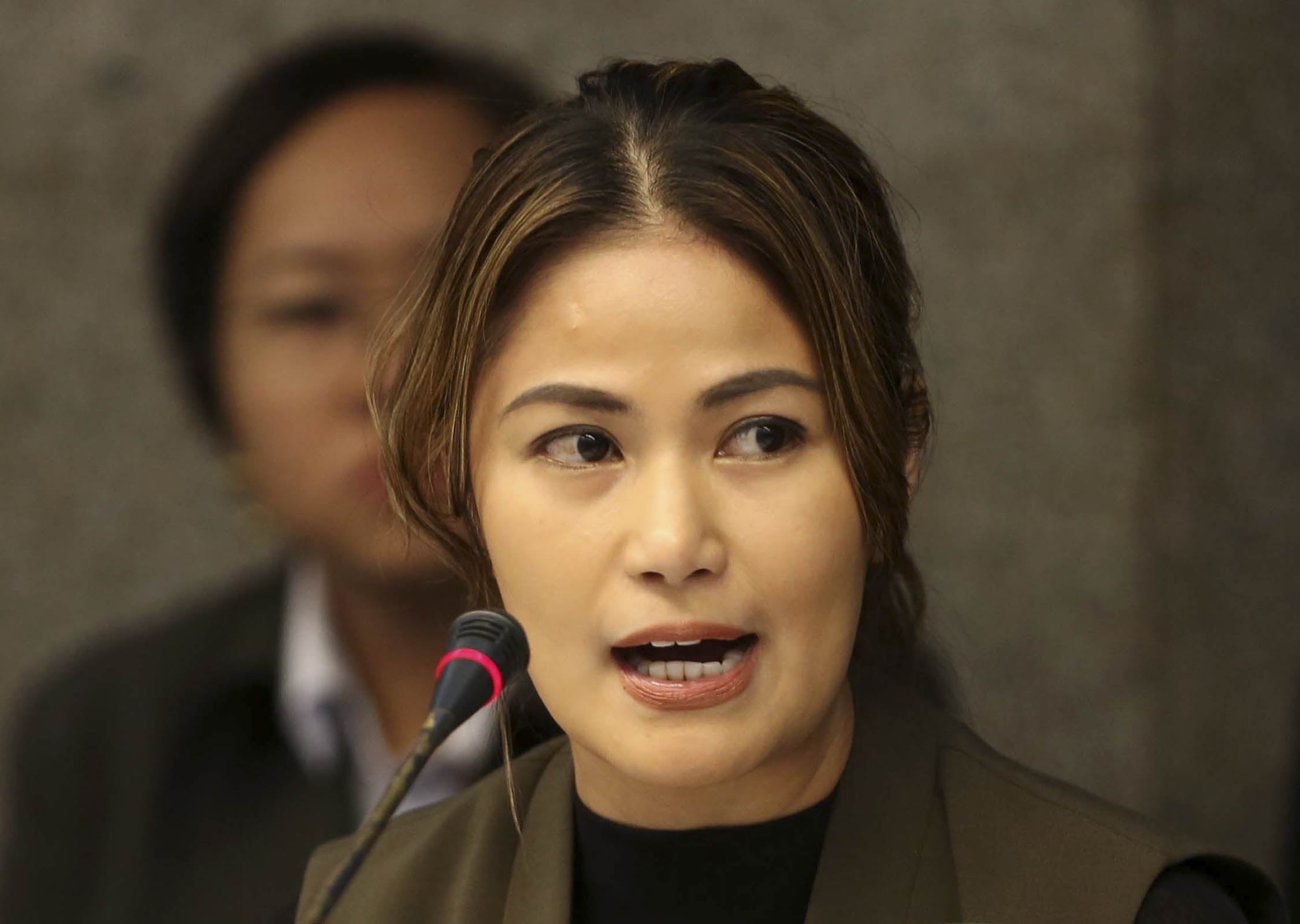 The sacked head of the Food and Drug Administration (FDA) on Friday said she was “clueless” about what corrupt activity she had allegedly been involved in that caused her her job but surmised that her dismissal may have been due to her crackdown on syndicates and distributors of fraudulent products.

Nela Charade Puno told the Inquirer in an interview that she had yet to be informed officially what allegations of corruption were brought against her.

“I’ve been asking for the details but there’s nothing,” Puno said a day after Malacañang announced that she had been fired.

She said that as a presidential appointee she respected President Duterte’s decision to remove her from her post but admitted she was “hurt” because it was her integrity that was questioned.

“I’m a pharmacist and I don’t want my integrity to be tainted. I did not commit any wrongdoing. There are no cases, investigations against me. If they wanted me out, they could’ve just talked to me,” Puno said.

On Thursday, presidential spokesperson Salvador Panelo announced Puno’s termination, reading a statement saying that the move was “in line with the President’s continuing mandate to eradicate graft and corruption and to ensure that public officials and employees conduct themselves in a manner worthy of public trust.”

The Department of Health (DOH) said it supported the President’s “commitment to eradicate graft and corruption in all government agencies.”

Health Secretary Francisco Duque on Friday said the DOH was going to look into reports on the FDA by the Commission on Audit (COA), but did not say whether these were the basis for Puno’s dismissal.

Health Undersecretary Rolando Enrique Domingo, who heads the DOH regulatory team and appointed officer in charge of the FDA, told the Inquirer he would get copies of the COA reports.

“I’m still meeting the people at the FDA. The COA reports will be given to me before I leave,” he said in a text message.

A pharmacy board topnotcher, Puno, 41, was appointed FDA head in August 2016.

During her nearly three-year tenure, Puno introduced a number of reforms, chief of which was the intensification of the FDA’s enforcement mandate in partnership with the Philippine National Police.

Puno said that while the media reported on the DFA’s takedowns of the various “syndicates” and suppliers of fraudulent vaccines as well as medical products which endangered the public’s health, these were only “the tip of the iceberg.”

“There are many syndicates which import substandard and counterfeit products. There are many who are not happy with what we are doing,” said Puno, who survived an ambush in Camarines Norte in October last year.

Puno declined to elaborate when asked who she believed may be behind her ouster.

“I’m not a politician. I came from the private sector so I’m unfamiliar with how politics works. It is hard to conclude and throw accusations,” she said.

Among the high-profile cases Puno handled was the closure in August last year of Dr. Farrah Agustin-Bunch Natural Medical Center in Tarlac province, which catered to many cancer patients. The clinic was found to have sold unregistered herbal products that “pose serious risk to users,” according to Puno.

Puno said at the time that as someone undergoing treatment for cancer, she knew that patients would “go for anything that promises healing.”

“This makes the patient more vulnerable to the unverified claims from supposed natural herbal products,” she said.

On her Facebook page, which has more than 3.4 million followers, Bunch, the owner of the clinic, lauded Puno’s termination and thanked Duterte “for doing what needed to be done.” She also posted an altered photo depicting Puno behind bars. —WITH A REPORT FROM JULIE M. AURELIO