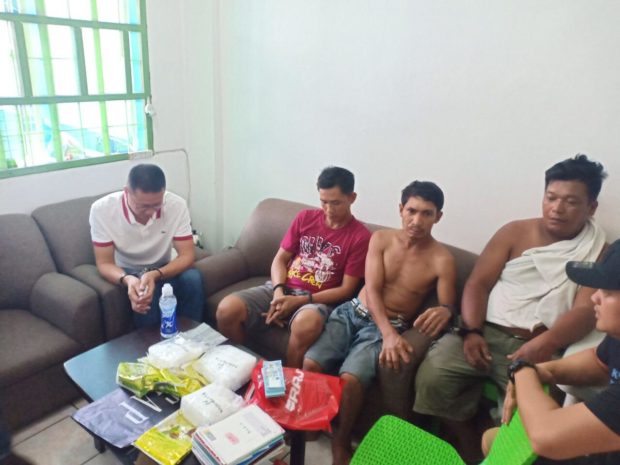 This photo from PDEA shows the suspects who were arrested by agents during the buy-bust operation Friday in Valenzuela City. Photo from PDEA

A Chinese national and four other individuals were also arrested during the drug sting, according to a report from PDEA-Calabarzon.

PDEA-Calabarzon operatives along with PDEA agents from the Bangsamoro Autonomous Region of Muslim Mindanao and National Capital Region as well as members of PDEA Special Enforcement Services planned and executed the buy-bust operation, which occurred around 12:30 p.m. Friday in Barangay Maysan.

Operatives said three packs containing around 3 kilos (3,000 grams) of suspected “shabu” were confiscated during the buy-bust operation. The seized suspected illegal substance was approximately valued at over P20 million. Also recovered from the scene were the P1,000-marked money as well as boodle cash used in the entrapment.

The suspects are now detained at the PDEA-Calabarzon office in Calamba, Laguna, pending the filing of charges against them, according to Adrian Alvariño, director of PDEA-Calabarzon. (Editor: Katherine G. Adraneda)