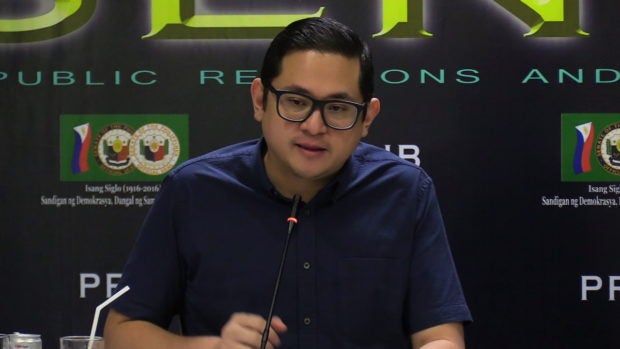 MANILA, Philippines — Senator Bam Aquino has assured the public that his love for the country will not wane, regardless the outcome of the 2019 midterm elections.

In a tweet on Friday, four days after the mid-term elections on Monday, Aquino also thanked people who have been giving him encouragement following the election results.

The senator, who is coming in and out of the Magic 12 in the partial elections result, guaranteed his supporters that he is doing fine.  Aquino is 14th according to the Parish Pastoral Council for Responsible Voting (PPCRV) unofficial count, and 12th in the Commission on Elections (Comelec) official tally.

A member of the Aquino’s staff, however, clarified that he was neither hinting or formally conceding the race.

“Naghihintay pa po kami ng result (We are waiting for the results),” Aquino’s media relations officer said in a message to INQUIRER.net.

The senator, who ran under the Otso Diretso slate, is the only opposition candidate who statistically remains in contention for the last Senate seat.

In Comelec’s official data, he has 11,001,047 votes good for 12th, trailing fellow reelectionist Senator Nancy Binay by more than 40,000 votes for the 11th spot, and leads former Senator Bong Revilla who is in the 13th place.