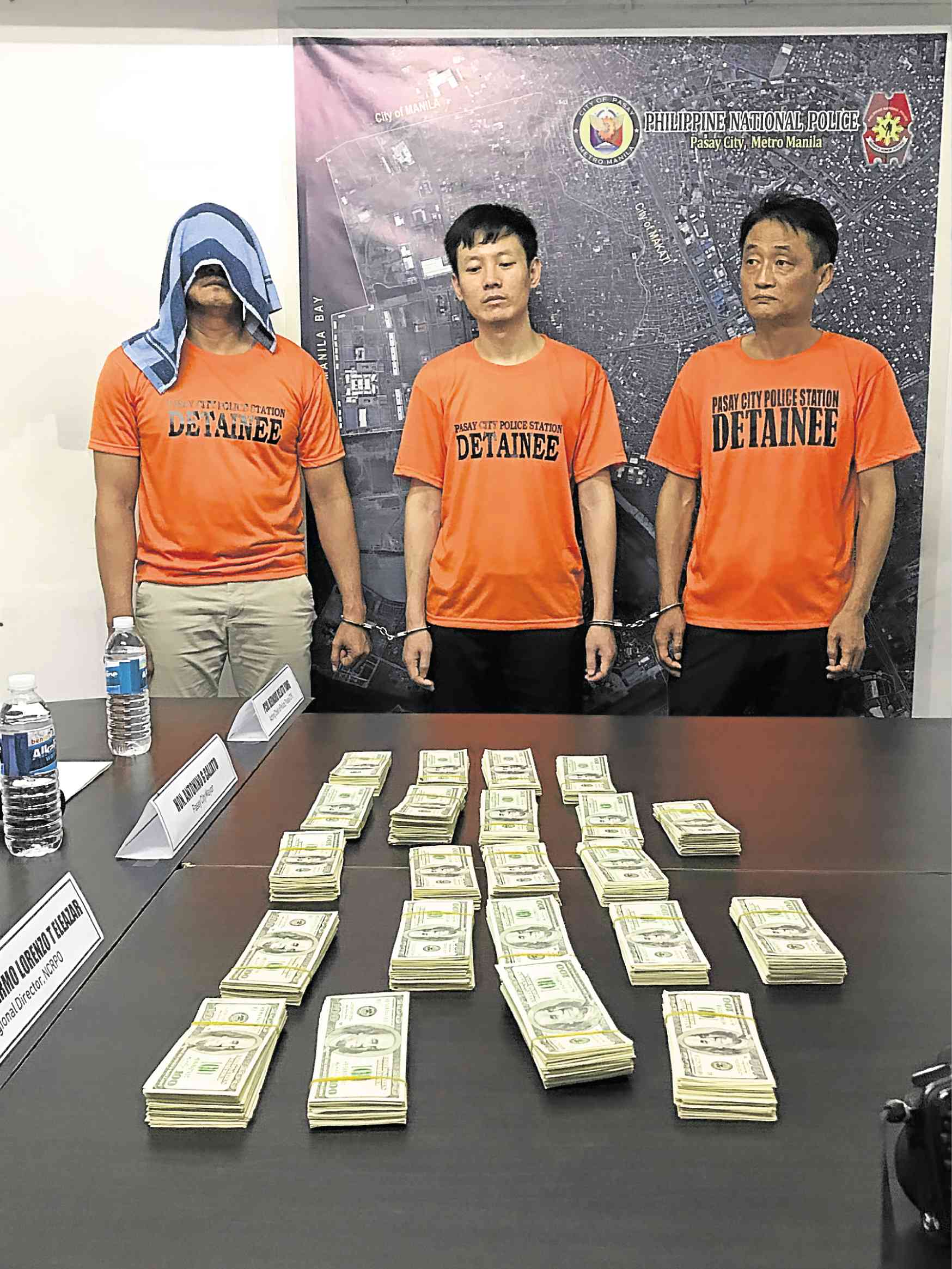 Policemen seized almost $300,000 worth of fake US dollar bills (equivalent to over P15 million) from three men who were about to exchange them for chips at an upscale casino in Pasay City on Thursday.

They also arrested the suspects, identified as Wu Tiange, 31, a Chinese national, Song Ho-sang, 53, a Korean, and Fernando Silanga, 44, a Filipino, at Resorts World Manila Casino around 2 a.m.

The three earlier tried to exchange the bundles of $100 bills totaling $288,700 for casino chips worth P15.1 million, according to Police Col. Bernard Yang, Pasay police chief.

Casino employees, however, became suspicious after noticing that many of the bills bore similar serial numbers.

Talking to reporters, Silanga said he did not know the bills were counterfeit as he was just directed by the two foreigners to help them carry the bags of cash.

“I only met them (Wu and Song) at the casino. They said that if I would help them, I would be given 5 percent of the amount they would [convert into pesos],” he claimed.

Song, who has been in the country for four months as a tourist, said a Korean friend, James Park, asked him to trade the dollars for pesos.

The police immediately launched a hunt for Park.

Police Maj. Gen. Guillermo Eleazar, chief of the National Capital Region Police Office, said that the suspects’ modus operandi was to swap the fake dollars for local currency through establishments.

The three men were taken to the Pasay police station, where they would be charged with estafa and violation of Article 168 of the Revised Penal Code (illegal possession and use of false treasury bank notes and other instruments of credit).