Comelec: ‘Meet me room’ not a separate server, only a transmission gateway 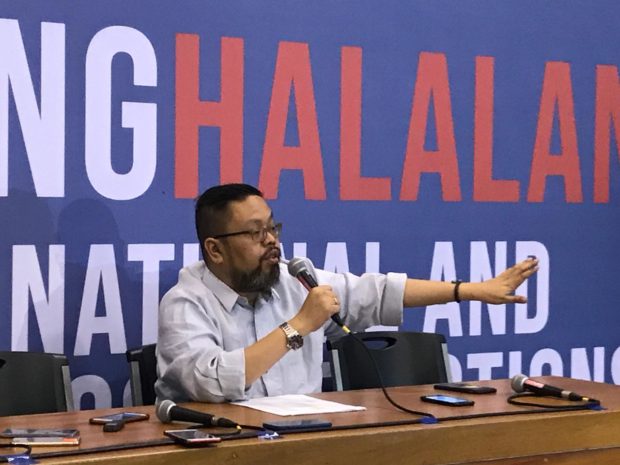 MANILA, Philippines — The Commission on Elections (Comelec) on Thursday clarified that the “meet me room” only serves as a “transmission router or gateway” for vote-counting machines (VCMs) and does not have a separate server.

“There is no such thing as a separate server for the ‘meet me room,'” Comelec Spokesman James Jimenez said in a press briefing Thursday.

The poll official issued the statement after election lawyer George Garcia reportedly asked the Comelec for an explanation regarding the ‘meet me room,’ which may have caused the delay in the transmission of votes to the transparency server on election day.

“It is a transmission router/gateway. Basically, what that means is that it is not a separate server. It is a way of making sure na managed ‘yung flow ng data coming from the field, coming from the VCMs into the transparency server,” Jimenez explained.

On top of the reported defective VCMs, SD cards, and voter registration verification machines, a seven-hour gap between the first two transmissions of the poll results to the transparency server marred the May 13 midterm elections.

Earlier, Comelec Commissioner Marlon Casquejo said the seven-hour delay in transmitting election data to the transparency and media servers was a case of a “bottleneck.”

He explained that the system involving the transparency server and the data being sent to media networks was overwhelmed by the deluge of transmitted results. (Editor: Eden Estopace)